Home Entertainment Returnal: It’s Now Possible to Pre-Download The Game, How Much Does It... 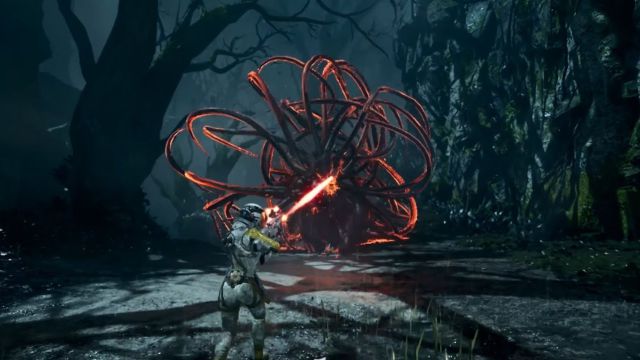 Returnal: The Housemarque title will be available from April 30, exclusively for PlayStation 5.The next PlayStation 5 exclusive is the new production from Housemarque, the creators of Resogun and Nex Machina. The studio abandoned arcade games to find a niche in the market. Proposal? Returnal, a sci-fi title that embraces the roguelike genre and flirts with the metroidvania. Sony console players can already pre-download the video game, which has a weight of 56 GB in the PS Store.

Returnal tells the story of Selene, an experienced space explorer who succumbs to an accident, so her ship must land on a mysterious planet. However, Atropos is a desolate and hostile place. As soon as she leaves the ship, the protagonist will face numerous dangers, with the particularity that death is only the beginning. She is locked in a constant loop, which she will have to break if she wants to end the suffering and despair.

A planet with different faces

On the verge of losing her sanity, Selene will meet her own corpse, while she discovers the different biomes of Atropos. It is a highly changing planet, always showing different faces and different challenges, so the player will be forced to explore the different rooms in order to obtain improvements and resources. There are elements of the progression that are maintained, although many others are reset with each cycle.

Housemarque has designed this video game with replayability as its main premise, so it is not possible to reach the end in one go. Exploration and third-person combat articulate a challenging product, in line with the other video games developed by this study.

Returnal will go on sale next April 30 under the PlayStation Studios label. Therefore, it will be released exclusively for PS5, as a new generation game.