Home Entertainment Returnal: Housemarque Tells How It Was Developed In A New Documentary 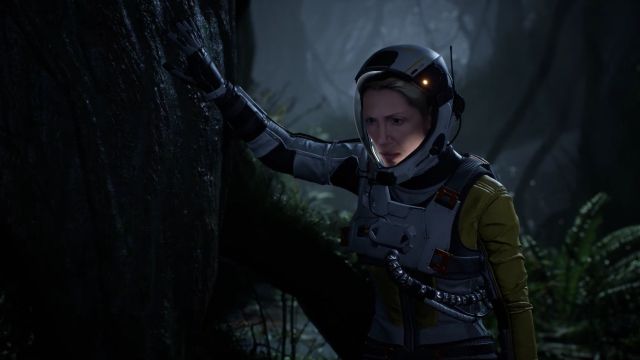 Returnal: The studio responsible for the new PS5 exclusive is launching a documentary in which you can learn about some of the creative processes that led to the title. Returnal landed exclusively on PS5 on April 30 and its creator studio, Housemarque, continues to provide details about the creative processes of the title. On this occasion, he has shared a documentary called The Cycle in which Harry Krueger, director of the game, comments on some of his main sources of inspiration.

In addition, Krueger also reflects on the theme of Returnal, inspired by the way in which the human mind reacts to concepts such as cosmic entities and the attraction to investigate beyond the unknown. The documentary lasts 11 minutes and also offers some details about the composition of the soundtrack, among other aspects. Next, we leave you the complete video.

The science fiction story of the title developed by Housemarque puts us in the shoes of Selene, an astronaut who suffers an accident when she travels aboard her spaceship. To make matters worse, the sinister happens again and again, as many times as the player dies and is reborn in this action roguelike, in which we must learn from our mistakes and face the dangers that threaten us in a loop. and width of the planet Atropos. All under a most Lovecraftian setting, which bets on existential dilemmas and contact with unknown species.

In our analysis (8.4 / 10), we said that the Finnish studio has created “a structure based on the pillars of the two great slopes of the Rogue, the Bullet Hell and even the Metroidvania 3D”, highlighting that it is “a true next generation game. From the intelligent use of DualSense capabilities to 3D Tempest audio, which combined further enhance the sensations. ”

Returnal is available on PS5.

HTC Desire 22 Pro is a Metaverse Phone with Free Cat...