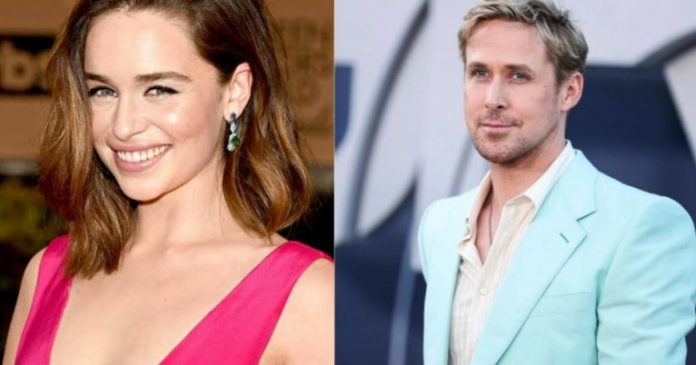 Ryan Gosling was once recognized as one of the most attractive men in the world. Therefore, when Emilia was asked a certain question about her character, she took the opportunity to establish a connection unrelated to the actor. This event happened back in 2015, when she got the role of Sarah Connor along with Arnold Schwarzenegger and Jai Courtney in the 2015 film Terminator: Genesis. Clarke’s response was quite bold, but funny.

Ryan Gosling may be in a committed relationship, but that doesn’t stop him from being part of everyone’s fantasies. During the Moviefone Unscripted segment, Emilia Clarke was asked what would happen if there was a maiden night between her two characters Sarah Connor and Daenerys Targaryen. The actress slyly replied to the question: “Ryan Gosling can only be there because I think they will both find him really hot.”

This attracted the attention of a colleague in the Terminator film, Jai Courtney, who wanted to explore this idea more deeply: “Straight. A little ménage à trois with Ryan Gosling?” The then 28-year-old British actress backed up her comment with the phrase “Why not?” suggesting that she just shared the idea, in case Ryan ever wanted to pick it up.

What do you think? Let us know in the comments.