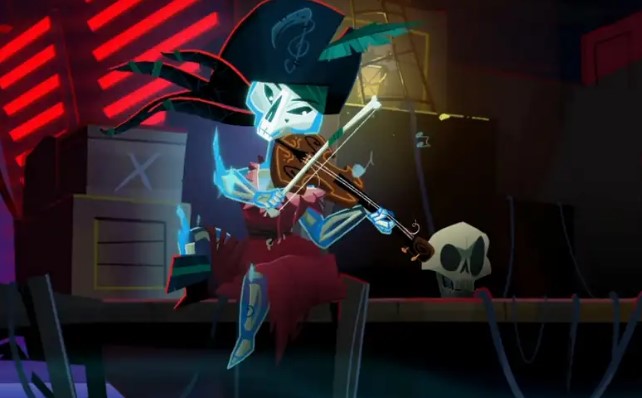 Monkey Island, the iconic point-and-click adventure series developed by genre heavyweights Ron Gilbert, David Grossman and Tim Schafer, is coming back to life in 2022 with the release of “Return to Monkey Island”. Moreover, Gilbert and Grossman are taking charge again, ending the 30-year absence of the franchise they helped create.

It should be noted that Murray, the talking skull in the trailer below, first appeared in 1997 in “The Curse of Monkey Island”, colloquially known as “Monkey Island 3”, so “Return” does not throw away all the games released after “LeChak’s Revenge”. In the end, Gilbert supported this on Twitter, stating that “The Curse” will remain the canon for the overall plot of Monkey Island.

Today’s announcement also mentions that voice actor Dominic Armato, closely associated with the role of the main character Guybrush Threepwood, will play a role in “Return to Monkey Island”.

The hard work on “Return to Monkey Island” will be done by Gilbert’s studio, Terrible Toybox, along with independent mainstay Devolver Digital and original Monkey Island publisher Lucasfilm Games.

Gilbert founded Terrible Toybox with Maniac Mansion co-creator Gary Winnick in 2013 to develop Thimbleweed Park, which former Kotaku reporter Jason Schreier described at the time of its release as “Maniac Mansion meets Twin Peaks with a heavy dose of nostalgia.”

In a blog post from 2013 titled “If I Made Another Monkey Island,” Gilbert detailed some of the design elements he would include in a hypothetical sequel, including “nice crisp retro art” backed by modern equipment, and “full inventory.”

“All games after Monkey Island 2 don’t exist in my Monkey Island universe,” Gilbert added, mirroring today’s announcement. “I apologize to all the talented people who worked on them and the people who loved them, but I would like to pick up where I left off. Without luggage. At the carnival. That doesn’t mean I won’t steal good ideas or characters from other games. I’m not above that.”