Home Celebrity All about the return of Super Junior to Mexico 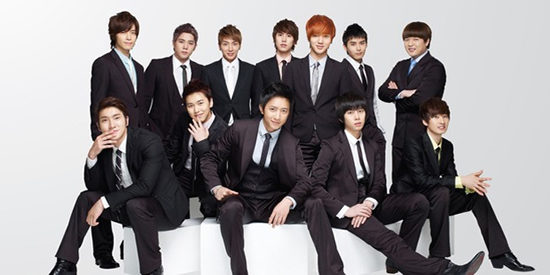 One of the biggest representatives of K-pop could return to Mexico.

Super Junior is one of the greatest representatives of K-pop and on several occasions they have been able to visit Mexico, and some Latin American countries such as Brazil, as part of their international tours.

Currently, the group paused their activities due to the coronavirus crisis, so their tour ” Super Show 8 : Infinite Time” has been postponed, but their return to Mexico is almost a fact. We tell you the details.

After his successful visit in November 2018 as the big star of the Telehit Awards, the Mexican fandom has waited for his return and for a few days the rumors increased on social networks.

Dilemma , a Mexican producer in charge of various K-pop concerts such as Super Junior, NCT, EXO and Big Bang, was publishing several tracks about her next visit. The developer almost confirmed the ” Super Show 8 “, since she clarified through her Twitter account that the group will come to the country, but until the world emergency for the coronavirus ends.

Super Junior would not only visit Mexico , but also other Latin American countries . In their most recent YouTube live, Leteuk , leader of the group, stated that due to the pandemic they had to suspend several concerts in Japan, Latin America, Hong Kong and Dubai, among others, but there were already contracts in between from before.

The tour has not been canceled, Super Junior is expected to make the official announcements mid-year and to come to America in the last months of the year. ELF, are you ready to see them again?

THIS IS HOW RM AND TAEHYUNG REHEARSE FOR THEIR SHOWS