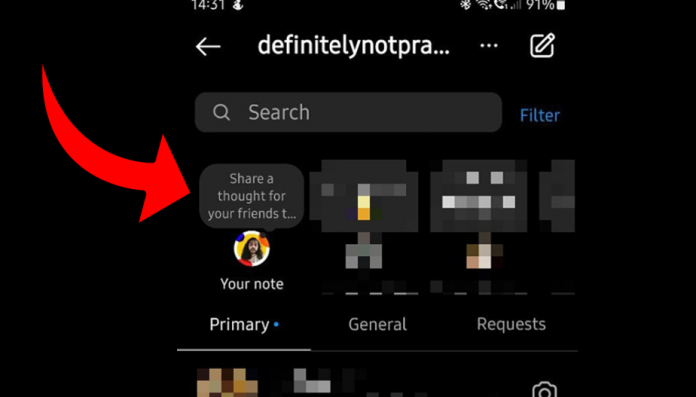 Popular social media platform Instagram is testing a feature that will allow you to share “notes” with your followers. The feature, which has been widely tested, will allow you to share “written statuses” with your subscribers from the “Messages” section of subscribers.
Instagram, working under the auspices of Meta, is considered one of the most popular social networks in the world. That’s why new features are added to the app every day. Recently it became known that the company will replace the store tab with notifications. Earlier it was noticed that a feature for photos containing nudity will appear on the platform.

Now it has become known that Instagram has started testing a completely new feature that users may like. It was stated that the function, which in recent months began to be tested on a limited number of users, is now being tested on a wider range of users.

This feature will allow you to leave a “note” to your subscribers from the messages section.

A feature that resembles MSN’s private messages, a popular messaging platform from the 2000s, allows us to share status in a section that shows us our subscribers, just below the search bar in the Messages section. According to the screenshots provided by XDA developers, this situation, published as text, is available to your subscribers at the top of your profile photo. In other words, it becomes possible to share with friends a “note” from the “Share what’s on your mind” section.

According to the explanations, when these situations that will be used in the DM section are published, your subscribers will not receive any notification. In addition, the note you shared can also be shared with close friends and will disappear after 24 hours. This shows that the new feature will work similarly to Instagram stories. In addition, it should be added that the notes will have a length of no more than 60 characters.

It is also reported that it will be possible to respond to general notes. If you want to reply to a message, a pop-up window will also show when the note was shared. Although this feature is currently being tested on some users, it is not yet clear when it will be available to everyone.

Uranus and Mars line up in the sky this Thursday