Home Entertainment Return of “SUPER JUNIOR”, “K-POP Legend” … Proved by “Callin'” by the... 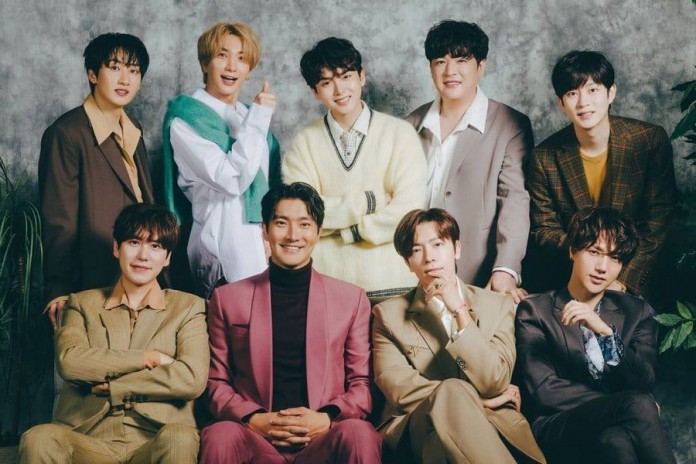 The boy group “SUPER JUNIOR” is back with a sweet voice. “SUPER JUNIOR” appeared on the MBC “Show! K-POP Center (Music Core)” broadcast on the afternoon of the 5th, and was the title song of the special single “The Road: Winter for Spring”. The stage was released.

On this day, “SUPER JUNIOR” made a comeback without any special stage equipment or performance, and showed a moist sensibility with a sweet voice.

“SUPER JUNIOR” is a lyrical song in which “Callin'” emphasizes the sweet vocal charm, so it warmly comforted the viewer’s heart while singing with a sweet voice and sensibility. Even if there was no performance, he filled the stage with only his voice and showed the appearance of “K-POP Legend” generously.

Immediately after its release, “SUPER JUNIOR”‘s special album “The Road: Winter for Spring” reached No. 1 on the iTunes top album charts in 21 regions around the world, proving the Korean wave power of “SUPER JUNIOR”. Global listeners continue to love the new album.

“Callin'”, written and composed by KENZIE producer, expresses the memory of love that was repeated pains, and the love that came to visit us every day when we were about to be alone forever. It’s a song from the pop-rock genre.

On the other hand, “SUPER JUNIOR” will appear on SBS “Inkigayo” which will be broadcast on the 6th of this month, and will continue their comeback activities.

Spellforce III Reinforced Arrives on PlayStation and Xbox in December