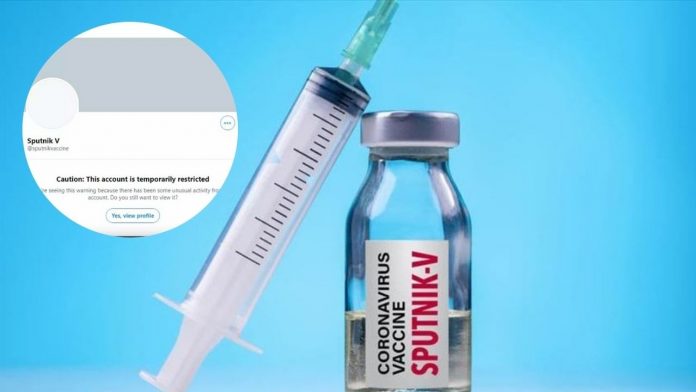 Twitter has been on the agenda for a while, with US President Donald Trump closing his account, which has millions of followers. Now, Twitter comes up with a move to restrict the official account of the Sputnik V vaccine developed by Russia.

As it is known, Twitter restricts accounts when it detects suspicious activity or receives complaints. While Russia continued its studies for the first coronavirus vaccine to be registered in the world, there was a development on the official Twitter page of the vaccine.

Access to Sputnik V’s official Twitter account was “temporarily” restricted by the site due to “unusual activity in the account”. According to the news in Sputnik, while the Russian Direct Investment Fund (RDIF) announced that the Sputnik V coronavirus vaccine has been blocked from accessing its Twitter account, it was reported that the reason was investigated.

“We were sharing all vaccine-related information openly on Twitter,” says RDIF officials, and underlines that they have no idea why the account was restricted. The statement of the Russian Direct Investment Fund includes the following statements:

“We were openly sharing all the information about the vaccine and how it works on Twitter. On Twitter, we offered Astra Zeneca to use a component of Sputnik V and reached an agreement on joint clinical trials ”

Sputnik V, which was recorded as the first coronavirus vaccine to be registered in the world, was announced on August 11, 2020 by Russian President Vladimir Putin.

Anyone can purchase Princess Diana’s most precious item of clothing