Home Entertainment Resident Evil: Welcome to Raccoon City | They Confirm That They Are... 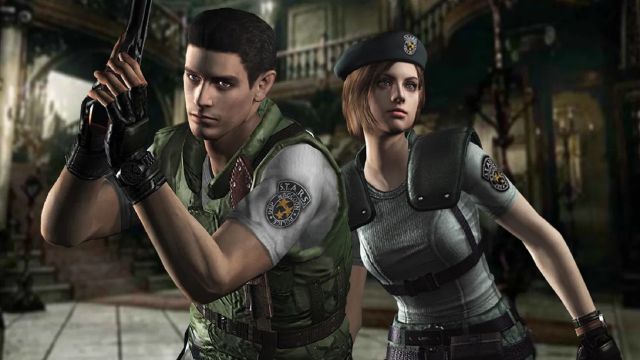 Resident Evil: Welcome to Raccoon City: The film will be released in November in some countries, but Spanish viewers will have to wait until the following month.The future of the Resident Evil saga beyond video games will unfold in film and on television. After the long-running series of films directed by Paul W.S. Anderson, the next movie will be a full reboot. Resident Evil: Welcome to Raccoon City completed filming a long time ago, but the work is not done yet. In a recent Twitch stream, Robbie Amell, who plays Chris Redfield in the film, has confirmed that they are doing reshoots right now.

“I’m actually in Toronto for Resident Evil reshoots,” he said. “I’m back in Chris Redfield mode.” Along with Chris, the film will feature other well-known characters from the saga. In this way, Hannah John-Kamen will take on the role of Jill Valentine, while Lily Gao will become Ada Wong. There will also be Leon S. Kennedy, who will be played by Avan Jogia. The charismatic Albert Wesker will come to the big screen with Tom Hopper.

Resident Evil: Welcome to Raccoon City is set in the year 1998, a date in which the Umbrella Corporation is already carrying out its experiments. We can enjoy the Spencer Mansion in all its splendor, so its corridors and rooms will be infested with monstrous zombies. From the beginning, the idea was that this film was more linked to the original video games, so that it does not have any kind of connection with the saga of previous films.

This new production can be seen in the United States from November 24, but it will not be until December 30 when the Spanish billboards screen the film. Beyond the cinema, Netflix will have two additional products: Resident Evil: Infinite Darkness, an animated series, as well as a live action series that has not yet revealed its official title.