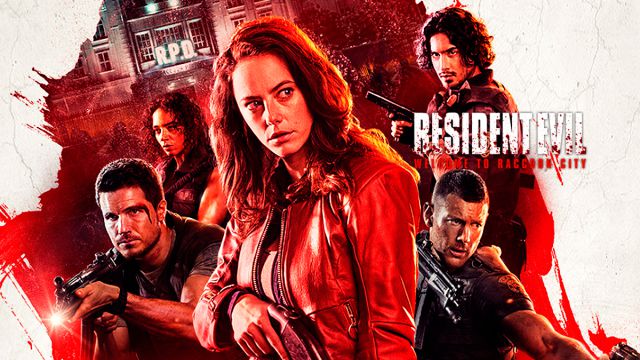 Resident Evil: The film directed and written by Johannes Roberts outlines the origins of the story relying on games, but in a free way. 1998, Raccoon City. The incessant tapping of a typewriter sounds. At the very moment the report is being written, a truck driver approaches the city. The man picks up Claire Redfield and heads toward the city controlled by the Umbrella Corporation. Resident Evil: Welcome to Raccoon City is the new cinematographic bet of Sony Pictures and Constantin Film, a reboot that has nothing to do with the previous saga of films, that of Paul WS. Anderson, beyond the fact that it is based on the same games developed by Capcom.

Johannes Roberts goes behind the scenes and is the author of the film’s script, which draws on the original video games to draw his own and alternative vision. He mixes events from the first three installments and seasons them with new elements, although not all of them work as they should. The background of the brothers Claire and Chris articulates part of the narrative, as both spent their childhood in the orphanage of the city. Eventually, the girl managed to escape, but once she reached adulthood, her past meets the present.

Resident Evil: Welcome to Raccoon City isn’t a horror film as such, but it does capture the B-series spirit of early video games well. This is a zombie story with lots of action, humor, and not a little blood. It lacks tension, a little bit of that persecutory feeling that licked our feet in the original works. Also, it is strange that the undead retain the ability to speak. Throughout nearly two hours of footage, survivors stumble upon numerous creatures featured in Capcom’s title, including lickers and a few surprises that we won’t reveal.

Confluent stories and a lion that does not convince

It doesn’t take long for Claire Redfield to discover that something is seriously wrong in Raccoon City. At the same time, Leon S. Kennedy is on his first day as a cop. He does it amid the taunts of all his companions: an example of this is the scene at the police station in which Chief of Police Irons and agents Jill and Wesker ridicule him and treat him as a real useless … and the worst thing is that he does not they are very misguided. The rookie suit is not even painted, since Leon is unable to do anything right. It evolves little and works as a kind of comic relief that does not fit the nature of the character. In his attempt to be funny he becomes an absurd and disrespectful caricature of his legacy. Without a doubt, the worst of the movie.

The story takes place in several main locations: the Spencer Mansion, the police station, the orphanage, and the city itself. We must recognize the care that has been taken when reproducing the locations. The pure action part is also true to the essence of video games, as are the countless winks and Easter eggs that have been carefully placed at various points in the film.

Although each of the main plots starts at different points, in the end they come together in a common story, an open ending that opens the doors to future installments. Resident Evil: Welcome to Raccoon City may not be a great movie, but it is a film that makes you have a good time at the movies and is faithful enough to be considered an adaptation to consider. It will be released in theaters on November 26.

Da Vinci’s Kang Min Kyung Has Been Criticized For The Unfair...