Home Entertainment Resident Evil Welcome To Raccoon City In The Mouth Of The Actors:... 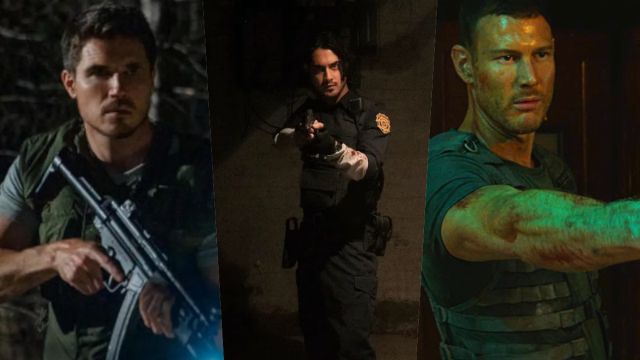 Resident Evil: We interview Robbie Amell, Tom Hopper, and Avan Jogia, actors who play Chris Redfield, Wesker, and Leon S. Kennedy, respectively. Zombies wander in search of their next victim. The city has fallen in the blink of an eye, as soon as the virus seeped into the streets. Once transmitted, there is no going back, all is lost. In Resident Evil: Welcome to Raccoon City, the new film based on Capcom’s survival horror saga, that reality remains unscathed. What changes is his humorous touch, embodied mainly in Leon, but also in other characters. This is one of the ingredients that Avan Jogia, Leon S. Kennedy highlights in the film: MeriStation has had the opportunity to interview him with Tom Hopper (Wesker) and Robbie Amell (Chris Redfield).

“I think the new element is humor,” says Jogia when asked about what this film brings as an adaptation. “There are funny jokes in this film”, something in which characters as diverse as Wesker or Lisa participate. In addition, he believes that this does not “remove the element of terror”, so he is confident that fans will be satisfied with the product.

According to Avan Jogia, Leon is “quite funny” in Resident Evil 5, although he is not so much in the second installment of the saga. “He has some lines [of dialogue] that look like action movies from the eighties. In this feature we wanted to focus on the fact that he is a rookie on his first day. And he’s having a really bad first day, an approach to the character that I find really fun, so I was really open to that idea. ”

All the main actors are familiar with video games. “I grew up with games, Resident Evil 4 is one of my favorite titles, maybe the best.” Jogia recalls that he enjoyed both the original Resident Evil 2 and the more recent remake, although he acknowledges that he has not yet explored the revamped Raccoon City from Resident Evil 3 Remake. At the moment in which this interview takes place, Avan Logia is immersed in a game of the virtual reality version of the fourth chapter of the series. “It’s amazing and stressful.”

Division 2 will bring a new game mode to the franchise