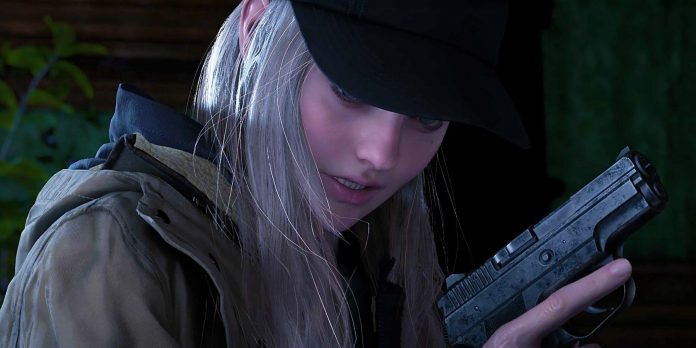 The end of Resident Evil Village has Rosemary all grown up and ready to take on the mantle of the lead protagonist of the series. With Ethan Winters’ story now finished, Resident Evil Village’s upcoming DLC, Shadows of Rose, will delve deep into his daughter’s thoughts as she finds a way to rid herself of her mysterious powers. These gifts are being kept secret for now, but by looking at her heritage as well as other “gifted” individuals, it may be possible to guess just what Rosemary can do.

RELATED: Resident Evil Village Will Be Less Scary In Third-Person

The Daughter of Two Mutants

The circumstances of Rose’s birth may seem normal at first, but they are anything but. Her mother, Mia Winters, was infected by a strange fungus called Mold which allowed Mia to be controlled by a genetically-modified human named Eveline. Mia was eventually able to break free of Eveline’s control and live her life normally, but her husband, Ethan Winters, wasn’t so lucky. After being murdered by Jack Baker at the beginning of Resident Evil 7, the Mold retained Ethan’s consciousness and mutated into something that wasn’t human. The Ethan players control for the majority of Resident Evil 7 and the entirety of Resident Evil Village is the Molded Ethan that was reanimated following the real Ethan’s death. This explains why Ethan can survive fatal injuries without succumbing to his wounds as well as his overall importance in Resident Evil lore.

Being the daughter of two humans afflicted by the Mold, Rosemary no doubt shares their powers. This includes fast healing, being able to retain a human appearance despite being something other than human, and the ability to reattach severed body parts. The last power deserves special mention because it is the only power that manifests itself in Resident Evil Village. Even after being split into multiple parts by Miranda, Rosemary was still able to reassemble herself and continue living. These abilities may not be as flashy or strange as those of Karl Heisenberg or Marguerite Baker, but they help Rosemary survive any dangers she comes across.

RELATED: Resident Evil Village’s Third-Person DLC Could Point to More in RE9

Outside of her family tree, the two beings who share the most in common with Rose are Eveline and Miranda. Eveline resulted from the merging of a piece of Mold with a human embryo. As she grew older, The Connections – a crime syndicate that worked with H.C.F. (the private special ops of the rival company of Umbrella) – experimented on her and unleashed her powers of mind control. The Connections wanted to sell Eveline’s powers to the highest bidder, but Eveline crashed the ship that was transporting her and brainwashed Mia Winters and the Baker family who rescued her.

Apart from her ability to control the minds of those who come into contact with her, Eveline was also artificially aged to appear as a 10-year-old girl for ease of infiltration. Once Eveline got away from The Connections, however, her lack of proper medication caused her to age rapidly. Eveline also has an unhealthy obsession with wanting to be part of a family – something she must have picked up due to her controlled and unusual upbringing.

Miranda, on the other hand, was an Eastern European biologist who studied the Mold and eventually sourced it to The Connections. Born in the late 19th century, Miranda was stricken with grief when her only daughter, Eva, died from the Spanish Flu. In an attempt to revive her, Miranda used the Mold’s powers of mind control on multiple people, hoping to find the right vessel for Eva to inhabit. None of the local villagers in her surrounding area was a perfect fit for Eva, so she turned to outsiders like Eveline and Rose hoping to find success. Aside from the mind control powers the Mold provides to strong hosts, Miranda also possesses shape-shifting powers that allow her to take on many forms. She has been shown to take the forms of humans such as an old hag and Mia Winters, but she can also create unique appendages like wings and mutated spider legs to suit her needs.

It’s safe to assume that Rosemary has the power to influence minds since both Eveline and Miranda possess the exact same gift. She might also be able to shapeshift, or at least project herself into other people’s minds in a different form as Eveline did. The Shadows of Rose trailer shows Rosemary as a teenager as she shifts through the minds of multiple people as well as her own. It looks as though she cannot fully control her powers and is overwhelmed by the number of minds she can hear all at once. It is hinted that Rose is stronger than both Eveline and Miranda due to the unique circumstances of her birth, but she wants nothing more than to live a life of a normal teenager.

While it is highly unlikely that players will have full control of Rose’s powers in Shadows of Rose (this is to retain the overall horror feel of Resident Evil Village), they will most likely see Rose unleash at least some of her potential as she deals with her nightmares. Seeing Rose continue where the main game left off will address questions that were left unanswered by Resident Evil 7 and Resident Evil Village and clear a path for the franchise to move forward.