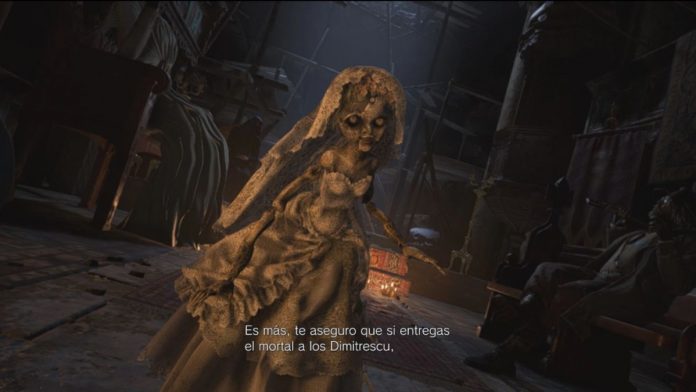 Resident Evil Village: A week after finishing the Capcom game we played with the version for the Google platform. And we reflect on this model in passing.Stadia is a bit like Virtual Reality. That when you talk about it or start to enter, users and an important fanbase come out behind to comment on what you are not specifying at all well, as if it had not been more than a year that you play and test titles on that platform. But with Resident Evil Village we wanted to ask ourselves a question: How about playing the blockbuster of these first months of 2021, coming from the cloud? From the phone? The short answer is surprisingly well.

I’m not going to find out now that Stadia is possibly – with permission from GeForce Now – the streaming platform that works best in terms of latency and response. It is still a technology that for a competitive multiplayer or a fighting game cannot give you the precision or immediacy you need, but for a single player or PVE game –like Destiny- the performance is good. The funny thing here is to see how the great launch of the month, the fastest-selling game of the saga on Steam, arrives on a platform that although many consider it dead, Google insists that there is no danger for it.

Playing Resident Evil Village on Stadia means paying the full price of the game, like anywhere else, but not depending on a platform such as a new or old generation console or the need for a powerful PC to accommodate it. It can be played through Chromecast, through the same mobile that you use in your day to day, through a Tablet or through any PC. I know that I am not discovering anything that we have not explained before, but I put the idea in context because many people do not see a future and it still seems to me that it comes from there, from the future.

Comfort is maximum. You connect the controller, start the Stadia page and play in no time. Everything, absolutely everything, is exactly like the console and PC version. There is nothing to alert us that we are facing an inferior proposal. We are simply going to play it in the cloud with what this means.

We have been testing the title on different platforms. Starting with PC, it is where the best performance game has offered us by having Internet via ethernet. The latency is invaluable, optimal enough so that in the siege at the beginning of the village we do not miss any shots except for limitations of our own ability and so that the response to the controls in an area such as the castle or the dam everything works as It’s due. The only ‘but’ that can be found in this format is the direct comparison: Stadia promises you 1080p in its base version and 4K in the Pro version. But the reality is that the main stumbling block of technology is still bitrate .

A game with so many dark and black colors ends up suffering more than necessary compared to the console version played on the same monitor. It is unavoidable. Does it mean that we are facing a deficient proposal? No way. The game looks good, we are not in a problem like ‘The long night’ of Game of Thrones but the difference is evident in terms of sharpness. From Chromecast the experience improves somewhat in this sense, but the result still does not reach the sharpness of a resolution with a console or the PC.

That’s when we make the leap to mobile devices. At that moment we realize the potential that we have before us. Take the mobile, connect a remote like the Razer Kishi (or similar, there are several of this type) and start playing that game that we were watching in full splendor on PS5 and our Oled television, but now in the palm of your hand , it’s quite a show. Visually, it helps that the screen is smaller so that it looks better as a whole – although we continue with the problem of too small letters – and at the performance level, the game holds the pull. We need a good 5ghz WiFi (better if you use WiFi 6 Mesh), but if the connection arrives stable and well, the experience does not suffer in almost no time.

Nintendo And Xbox Warn Of Possible Server Congestion At Christmas