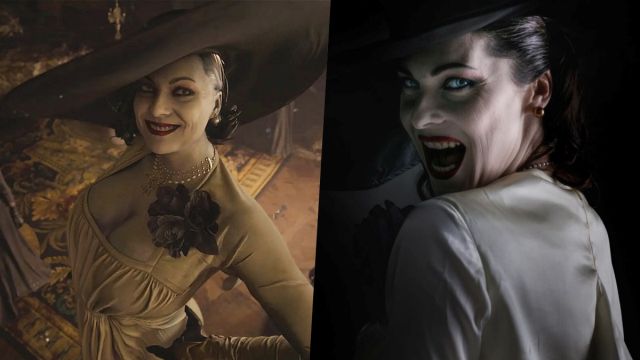 Resident Evil Village: Helena Mankowska, the model who served to portray the character in the video game, uploads a video of the reaction to Instagram. Resident Evil Village went on sale last May. From the get-go, Lady Dimitrescu has caught the attention of gamers, which is why Capcom has used her as the centerpiece of their promotional campaign. Helena Mankowska was the model that the Japanese studio hired to capture the character on screen. Now, the actress has uploaded to her Instagram account her exciting reaction to seeing the villain for the first time on television.

“I’m playing Resident Evil 8 for the first time with my brother Jacek,” she says in the post. “Incredible experience, so many emotions and that feeling when seeing Lady Dimitrescu for the first time! Oh my God! Tears! Thank you all very much for joining us and special thanks to my brother for all his patience.

Lady Dimistrescu is a witch who lives in the castle near the town where Ethan’s new adventure takes place. Along with her daughters, she serves Mother Miranda, although she is not the only lieutenant who works in her service. The protagonist of Resident Evil Village does not take long to meet her, since he goes through the doors of her castle with the aim of recovering her baby, who has been kidnapped in strange circumstances.

Nothing is known about the downloadable content Capcom is preparing for the game. The Japanese company announced it during its E3 2021 conference, where it confirmed that by popular demand they had decided to expand the history of Resident Evil Village. However, they did not reveal a single detail about it, so it is unknown what direction it will take. Not surprisingly, Ethan’s story has been quite closed.

Free and Sale Games This Weekend: The Escapists, Outward, Battlefield 4...

Watch Dogs: Legion Shows Gameplay Of Legion Of The Dead,