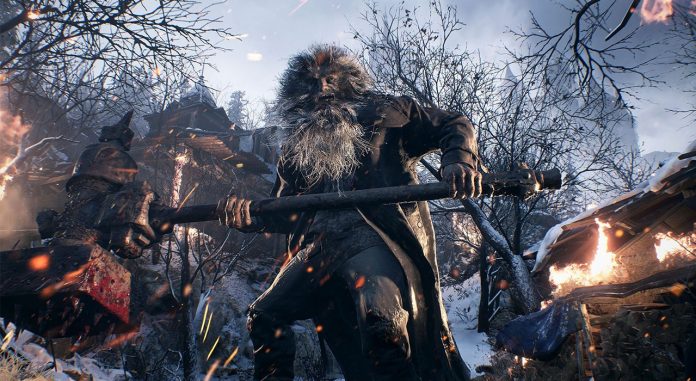 After the gameplay videos about Resident Evil: Village arrived, information about how its structure will be started to take shape. A producer with Capcom described Village as the best survival horror game ever made, and said it was highly inspired by the fourth game.

Speaking to PlayStation Official Magazine, producer Peter Fabiano confirmed that Resident Evil: Village is highly inspired by RE 4, one of the most acclaimed games of the entire series. He also gave a few tips about Lady Dimitrescu and his daughters, setting high expectations for the next game. Fabiano said, “You will notice that we get a lot of inspiration from Resident Evil 4, the team went to great lengths to create a truly authentic feel. There are also many surprises that will keep you on your toes. “Players will find a nice balance between combat, exploration and puzzle solving,” he said.

However, there are similarities between RE4 and Village. A main plot set in the European rural village setting is a symptom of this. It will be interesting to see how much inspiration goes beyond such similarities. Adding that they don’t want to ruin the story, Fabiano said, “I can say that all of the creatures fit the universe of the game. “You can be sure that we’re taking into account the general world of Village and the history of the series,”

The producer also said that the concept emerged towards the end of the developer process for Biohazard, the seventh game in the series. We wanted the actors to continue to experience the game through the eyes of the main character, Ethan Winters. This really helped us keep our vision on target. he talked about how seriously they took the project.

See Also
Resident Evil Village: the name of its multiplaye

Resident Evil: Village will be released on May 7 for PC, PlayStation 4, Xbox One, PlayStation 5 and Xbox Series X / S. Until then, it seems that the appetite of the players will increase with such news.