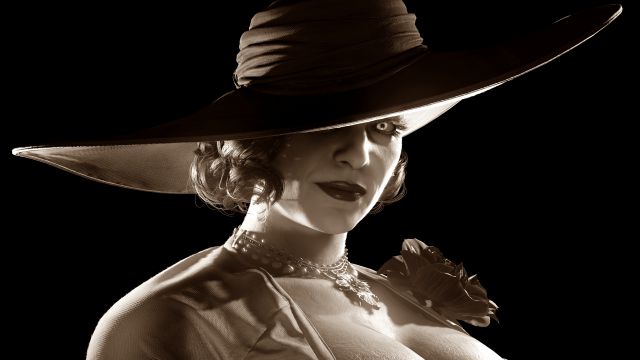 The character is gaining surprising popularity in the fan community and social media. Capcom explains the keys to its success.

The popularity of Lady Dimitrescu, the main villain of Resident Evil Village, is also surprising Capcom. The Osaka company, aware of the interest that this vampire could arouse, took into consideration many aspects so that, in essence, she was a character who would eat the screen. If Mr. X is an emblem in Resident Evil 2, this woman of almost three meters in height is called to be the main plot claim of the eighth numbered episode of the action and survival horror series. From IGN we now know more details about the genesis of it.

Tomonori Takano, art director of Resident Evil Village, acknowledges to the aforementioned media his surprise at this reception: “I don’t think anyone [from the development team] could have predicted how wonderfully well fans have reacted to Lady Dimitrescu,” he tells this respect. “Personally, I have been impressed by comments like ‘I want him to persecute me,'” he adds.

And that is what has been achieved with a demo; the game will not be published until this month of May on consoles and PC.

Capcom and the concept of “bewitching vampire”

Before Lady Dimitrescu was seen on the screen, it was necessary to draw lines on the paper, to establish some parameters so that everything worked. They started from the concept of the “bewitching vampire” of 16th century figures like the Hungarian aristocrat Elizabeth Báthory, Morticia Addams (Anjelica Huston) and Hashaku-sama.

“In the preliminary planning stages, we decided to go with castle and vampire themes,” says Takano, “However, we didn’t want to be limited by how vampires have been portrayed in other forms of popular entertainment,” but to endow this charismatic member of the Dimitrescu family with a unique look. Idiosyncrasy.

“The first piece of concept art I drew was the scene in the trailer where Lady Dimitrescu crouches through a door […] From then on, I knew I had to do that scene.” And it was done. From there, a reveal trailer that on Capcom’s official channel adds more than 4 million views in just a few weeks and a “dislike” rate of just one percentage unit.

Resident Evil 8 Village launches this May 7 for PS5, Xbox Series X | S and PC; also on PlayStation 4 and Xbox One, although without the improvements or visual fidelity of the new generation of consoles.