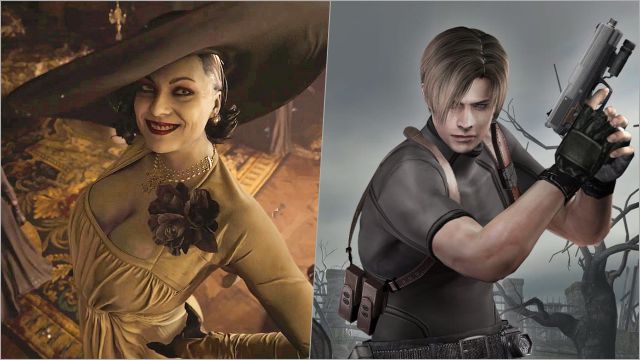 The team acknowledges that it is striving to convey the sensations of what is one of the most successful and celebrated video games in the series.

Capcom has had as its main reference for the development of Resident Evil Village the fourth numbered episode of the series, the successful Resident Evil 4. A turning point for the saga given its inclination to a longer adventure focused on action, the study of Osaka has taken certain elements of the title that we will not be able to identify until next May; but they will manage to convey the feelings of that episode when we are in the middle of the game. Or so the development team intends.

Speaking to the latest issue of Official PlayStation Magazine (number 185; via GamingBolt), Resident Evil Village producer Peter Fabiano has had no trouble highlighting the similarities between it and Resident Evil 4, whose main inspiration will lie in balance. between phases of exploration, combat and puzzle solving, which will keep us “always on the alert.” We cannot trust each other for a single moment.

“You will notice many inspirations from Resident Evil 4,” says Fabiano. “The team has put a lot of effort into creating a truly unique feeling,” he says. “There are many surprises to keep you always alert; players will find a balance between combat, exploration and puzzle solving, ”he sums up.

In setting, it is clear that there are influences from Resident Evil 4; from the more rural European setting, the return of a merchant, improvements in weapons, inventory that recovers the change of individual boxes for a briefcase …

In that same interview, the producer clarifies that we are facing a bigger game than Resident Evil 7 Biohazard; so we can expect that its scale and content have grown proportionally with respect to the title published in 2017. Regarding what we have already seen, the Dimitrescu castle and its people are “only part” of the game. And speaking of Dimitrescu, how was Lady Dimitrescu designed? More details on the “bewitching vampire.”

Resident Evil 8 Village goes on sale this May 7 for PS5, Xbox Series X and PC. A version for PS4 and Xbox One will also be published on that same date, but it will not enjoy the same technical ambition of the new generation of consoles.