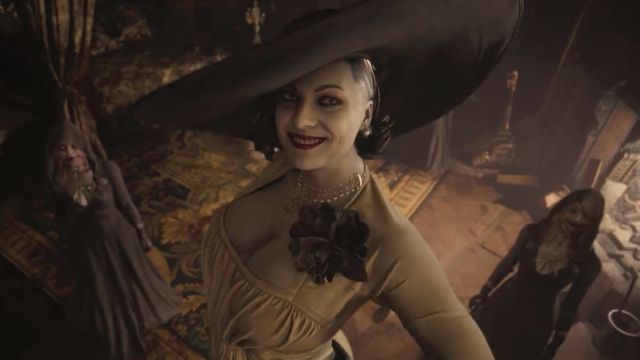 Capcom announces that in addition to PC, PS5 and Xbox Series, it will also come to PS4 and Xbox One. Different packs and demo for the Sony console are also shown.

Resident Evil Village has shown its first gameplay at the showcase on January 21. In it we have been able to learn many details about the game. The first, from the hand of Peter Fabiano, producer of the title, who has confirmed that the game planned for PS5, Xbox Series and PC will also arrive on PS4 and Xbox One. In addition, we already have a confirmed date: it arrives on May 7 in everything the world and on all platforms. The console versions will have Smart Delivery on Xbox and free update on PS5. The first gameplay trailer that you can see above these lines has been shown. This is what the trailer has left us.

We control Ethan, protagonist of Resident Evil 7. This eighth numbered installment maintains the first person as the previous numbered, and impresses when we enter the castle, with a haunting hall full of details, where the lighting stands out. Graphically it does not leave anyone indifferent. At one point the vampires appear, knocking Ethan down and wounding him. Not the best of welcomes to begin with. And that’s where another of the iconic sequences that we saw in the game’s debut appears: the terrifying women standing before a defeated Ethan.

The video also shows combat in catacombs, where a monster appears armed with a melee weapon. One of the new mechanics announced is that we can protect ourselves from enemy attacks. Giant monsters appear in open spaces and, of course, the interaction with elements such as explosive barrels. In addition, we have also been able to see a little the menu, which works in a similar way to that of Resident Evil 4, to which a crafting system is added for this delivery.The Duke, a somewhat disturbing giant, will allow us to buy all kinds of weapons and other elements.

The game will also have extras to perform beyond the main plot, it will be “full of puzzles” in the words of the game producer and, naturally, quite a few unexpected surprises.

The game comes with a demo on PS5 controlling Maiden, where we can neither fight nor block, two of the game’s mechanics. The demo has been developed to enjoy the environments while trying to escape from the dungeon. Despite being a demo exclusively for PS5, another demo has been announced in the spring for all platforms.

Valorant broke a record! CS GO is left behind!