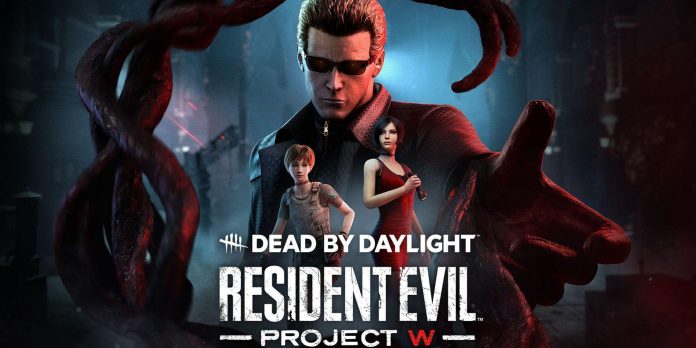 The Resident Evil: Project W chapter is now available for Dead by Daylight players on PC and consoles for $11.99 with a discount of up to $10.79 for Xbox Game Pass subscribers. Along with the paid content on the Resident Evil theme, the new chapter has many improvements to the base game thanks to the 6.2.0 update. The new parameters of streamers for PC are aimed at reducing harassment and targeting of streamers, including an anonymous mode in which the account name is replaced by the name of the selected character, the ability to hide your name and the names of other players from appearing on the screen, as well as a short random delay in the queue for the selection of players to prevent targeted harassment in the game.

The main attraction, of course, is the head of Resident Evil: Project W. Players who buy the chapter get access to several iconic characters of the Resident Evil franchise with new privileges and unique play styles. One of the new survivors is Ada Wong, a recurring character in Resident Evil 2, 4 and 6. Ada Wong is a resourceful spy whose abilities mirror her espionage skills. The wiretap shows the Killer when she is near the generators she has repaired, while the Low profile hides pools of blood to prevent tracking. Resident Evil and Resident Evil Zero players will get to know Rebecca Chambers, a biochemistry expert whose medical knowledge is reflected in the ability “Better than New”, which gives the recovered a boost to speed, and “Calm Down”, which helps players who have an accident.

Resident Evil: Project W also brings Albert Wesker, also known as The Mastermind, to the game as the latest playable assassin. Wesker is the main recurring character in the Resident Evil franchise and one of the most recognizable villains in the series. Wesker is infected with a prototype virus that gives him superhuman strength and heightened senses, as well as the corresponding gaming privileges. The improved anatomy increases Wesker’s jump speed whenever the nearest survivors make jumps, while the Awakened Awareness shows Wesker the auras of the nearest survivors while he is carrying one. The Terminus perk assigns all wounded survivors the status of “Broken” after the exit gate is turned on.

Update 6.2.0 also includes improvements to the ping indicators of players, colored in such a way that yellow bars indicate a ping of more than 100 ms, and red bars indicate a ping of more than 200 ms. Packet loss is also displayed: yellow indicates 2-5% packet loss, and red indicates packet loss of more than 5%. Players will also be notified when another player has problems connecting. A long list of minor bug fixes shows that the Behavior Interactive developer intends to continue polishing the base game by adding new content.

Elon Musk’s Tesla Car Will Win When You Eat a Slice...

Wait, was there an idea for a prequel movie to the...