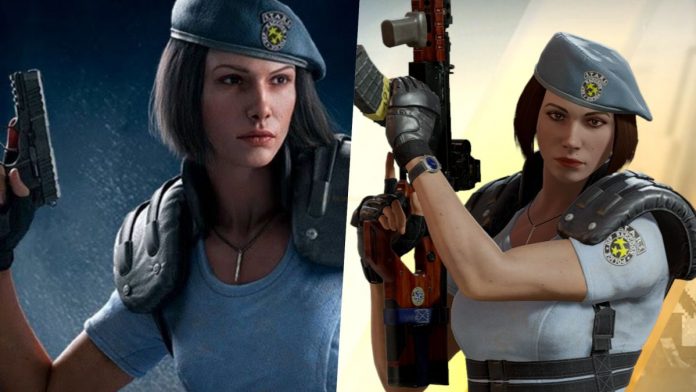 Ubisoft and Capcom are collaborating to bring a look of Jill Valentine to the popular first-person shooter. Zofia dresses as a S.T.A.R.S. unit.

Rainbow Six Siege receives an Elite skin in collaboration with the Resident Evil brand. As you can see in the images that accompany the news, Operator Zofia appears as Jill Valentine in the form of a cosmetic package upon payment.

The bundle, now available in the in-game store, allows you to dress Zofia as the fearless member of the S.T.A.R.S. unit. For 1800 R6 credits (about 15 euros) you can get the following items:

Uniform of the S.T.A.R.S. for Zofia

Rainbow Six Siege Elite skins are those that completely modify the theme of an Operator. We have seen in previous cases how other faces on the campus become the Red Baron, or show the FBI version of him as with Ash. In addition, these packs change the tile of the character when chosen during the games and offer a new movement when they appear on the victory screen. All its contents are indivisible, so you must buy the complete pack if you are interested in any of the objects it includes. As usual, these customization items are purely cosmetic; they do not influence any playable features.

It was not the first time that Capcom and Ubisoft have teamed up to unite their universes. Last January we saw the arrival of skins like Leon S. Kennedy in Resident Evil 2. Players of the Massive Entertainment title received items like backpack trophies, emblems, weapon skins and more at no additional cost. . They just needed to log into the game. Quite the opposite of Rainbow Six Siege, where collaboration is paid.