Home Entertainment Resident Evil Season 2 will tell you more about the history of... 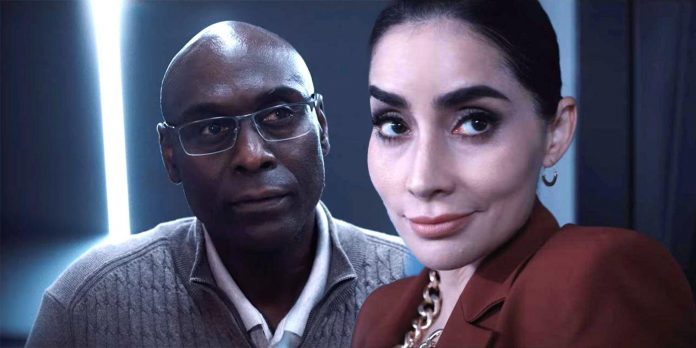 Attention: Resident Evil SPOILERS are waiting for you ahead.

According to series developer Andrew Dubb, who has already established a presence in the franchise, the 2nd season of Resident Evil will tell more about the history of Umbrella. Lance Reddick leads the cast of the Netflix series as cult antagonists Albert Wesker, Ella Balinska, Tamara Smart, Adeline Rudolph, Sienna Agudong, Paola Nunez, Ahad Raza Mir and Thurlow Convery. Constantin Film studio, which created the Resident Evil films, is producing the show together with Moonlighting Films, which joined the franchise with Resident Evil: The Final Chapter and Netflix.

The events of the Resident Evil series unfold on two timelines in 2022 and 2036, the first of which will focus on how Wesker will move his twin daughters to the New Raccoon City built by Umbrella in South Africa and continue his experiments with the T-virus under the shadow of Umbrella owner Evelyn Marcus. The future timeline will follow Jade as she works with an underground group of scientists known as the University to get the world back on track after a new outbreak of the T-virus, all while hiding from the Umbrella Corporation. Resident Evil has left several promising paths for the development of the show, and the person leading this work knows one important element that he is interested in exploring.

In an exclusive interview for Screen Rant, Andrew Dubb talked about what could happen in the second season of Resident Evil. with the character of season 1. See what Dubb said below:

“I think there are moments that we are really excited to explore, especially in the story of Umbrella, which has a very dark and interesting history. And we have both Wesker characters, as well as Evelyn Marcus’ character and her connections to James Marcus, one of the umbrella’s founders. We have many opportunities to immerse ourselves in this knowledge, which we hope to do successfully again.”

Umbrella Corporation acted as the main antagonist for most of the Resident Evil video games, thanks to their dark experiments and insidious business deals, as a result of which various viruses were released into the world, including from scientists devoted to the company. After minor references to the original game, subsequent Resident Evil games expanded Umbrella’s backstory, including its founding by descendants of the British royal family, Oswell E. Spencer, the owner of the iconic Spencer Mansion, Edward Ashford and Dr. James Marcus, as well as her connections to international bioterrorism threats, including her Mother Miranda from Resident Evil Village, who inspired the launch of the company. Since the series Resident Evil is expanding to 2036, Dubb and his screenwriters have almost 70 years of Umbrella history.

Season 1 of Resident Evil has offered game lovers some intriguing additions to the Umbrella story, namely its new owner Evelyn Marcus, daughter of Umbrella co-founder and creator of the T-virus James Marcus. Between flashbacks of how Evelyn found out that Wesker had cloned himself, the exact cause of the new outbreak is still unknown, a Dubb teaser exploring more of Evelyn’s ties to Wesker and her father in season two indicates that in the future she will talk about how she came to run Umbrella. , as well as where she was in most of the game stories. In the meantime, viewers can watch the first season of Resident Evil, which is currently streaming on Netfilx.