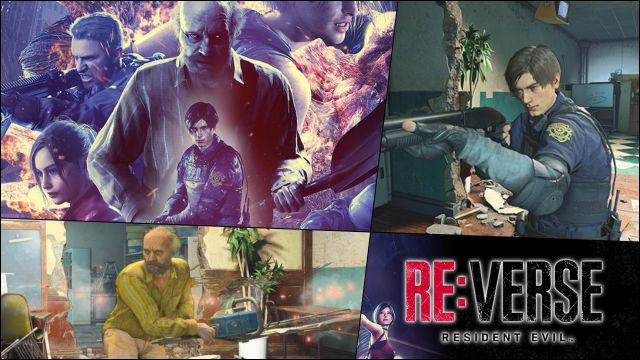 All the details to play the beta version of the free multiplayer game included with Resident Evil 8 Village in advance.

Those who purchase Resident Evil 8 Village will receive a free download copy of Resident Evil Re: Verse, the new multiplayer title for PS4, Xbox One and PC commemorating the 25 years of the saga. Simple. It will be on May 7 when the new canonical installment of the series goes on sale and, consequently, also this multiplayer game, which we can test in advance on consoles thanks to its closed beta. If you are interested in signing up, we will tell you how to register, the dates and their conditions.

If a demo is already available in Resident Evil 8 Village for download on PS5, with Resident Evil Re: Verse there will also be an opportunity to play early and check how well the game’s online multiplayer servers are working, which will allow games 4 or 6 players. The registration period runs from January 15, 2021 at 2:00 a.m. and ends on January 25, 2021 at 3:59 p.m. (Spanish peninsular time).

How to sign up for the Resident Evil Re: Verse closed beta

To sign up for the beta you must follow these simple four steps. We indicate the conditions. If you have a PS5 or Xbox Series X | S, no problem: you can play the PS4 or Xbox One version via backward compatibility.

Make sure you have a CAPCOM ID (here).
Once you have it, that CAPCOM ID should be linked to the Resident Evil Ambassador program (click on Ambassador Registration).
You must be of legal age (18 years or over).
Sign up for the closed beta test here.
You must have a PlayStation 4, PS4 Slim, PS4 Pro, PS5, PS5 Digital Edition, Xbox One, Xbox One S, Xbox One X, Xbox Series X, or Xbox Series S to play.

Demo of Soldat 2 Released on Steam (First Soldat Game Was...