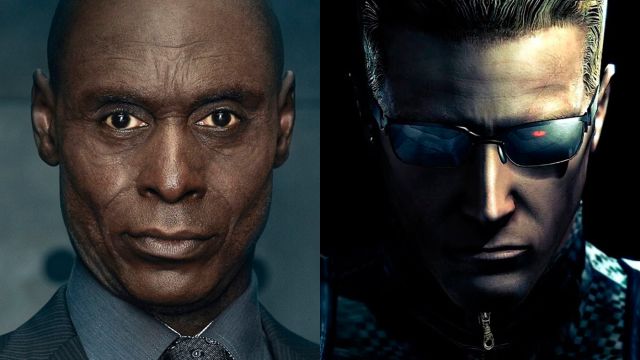 Resident Evil: The new live action adaptation of Capcom’s famous video game saga presents its cast and confirms two timelines: this is its official synopsis. Netflix’s Geeked Week event put an end to a week full of previews and surprises related to the upcoming news of the platform with a very special announcement for fans of Capcom’s Resident Evil video game saga. So much so, that the cast of the next live action series that the platform is preparing was confirmed, a cast headed by actor Lance Reddick (John Wick, Destiny) as Albert Wesker, one of the most iconic villains in the franchise.

This is how Netflix presented it through an official publication accompanied by a photo of the main cast and in which we see Reddick himself with five actresses: Ella Balinska, Tamara Smart, Siena Agudong, Adeline Rudolph and Paola Núñez. As explained by those responsible, this new live action series will address the plot of Resident Evil from the point of view of Wesker and his daughters through two timelines, present and future. And we already have the synopses of both plots.

“Almost three decades after the discovery of the T virus, an outbreak reveals the dark secrets of the Umbrella Corporation. In the first timeline, fourteen-year-old sisters Jade and Billie Wesker move to New Raccoon City. A fabricated corporate city, imposed on them in their teens. But the more time they spend there, the more they realize that the city is more than it seems and that their father may be hiding dark secrets. Secrets that could destroy the world ”, we can read in the description of the plot of the present.

For its part, the second synopsis takes place a decade later: “There are less than fifteen million people left on Earth. And more than six billion monsters: people and animals infected with the T virus. Jade, now thirty years old, struggles to survive in this New World, while the secrets of her past, about her sister, her father and herself , they continue to torment her ”.

With Andrew Dabb serving as showrunner for the series, Netflix’s Resident Evil will have eight one-hour episodes each. At the moment there is no approximate release date, although it could arrive during the second half of 2022 or already in 2023. The next Resident Evil in audiovisual format arrives with the film reboot Resident Evil: Welcome to Raccoon City and the animated series Resident Evil : Infinite Darkness from Netflix.

Dakar Desert Rally Heads To Market; This Is The “New Generation”...

Battlefield 2042 Could Be The Name of The Next Game in...