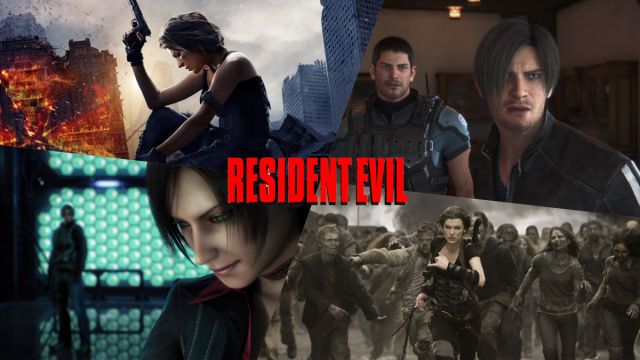 Resident Evil: We sort all the films in the Resident Evil saga from best to worst, both live action and animation. Anderson has been the director in charge of writing and directing most of the film adaptations of the Resident Evil saga, a series of films that began in 2002. Its journey has been long, since the final chapter was released in 2017. Milla Jovovich has played Alice Abernathy all these years, a character built specifically for the movies, although old acquaintances such as Jill Valentine or Claire Redfield make an appearance. In addition, two animated films have also been produced, in this case more related to video games. And we ask ourselves: Which are the best? And the worst?

To date, five live action films have been produced, while Resident Evil: The Curse and Vendetta have moved into the realm of 3D animation. The history of Paul W.S. Anderson, who was also chosen to adapt Monster Hunter, begins with a first installment that still maintains some ties to the first games, although the plot is completely original. Alice must deal with an uncontrolled artificial intelligence and the biological disaster caused by Umbrella. The citizens of Raccoon City have been turned into zombies, but the undead are not the only beings that move through the streets. As the years progress, new creatures and challenges appear, which are reflected in the rest of the sequels.

All the movies, from best to worst

To decide which titles are the most prominent and the least rated, we have taken IMDB scores as a benchmark.

The future of the saga outside of video games goes beyond cinema, but it will also have a new movie soon. Resident Evil: Welcome to Raccoon City is a reboot, so it has nothing to do with the previous saga. In fact, director Johannes Roberts has commented on several occasions that he has taken the original video games as a point of reference. His intention is to recreate a “terrifying and visceral experience”, but without forgetting his human aspect. From the images that have been shown, everything seems to indicate that we will see iconic locations of the city. The premiere is scheduled for November 24.

The same studio behind Resident Evil: Revenge will bring to Netflix a 3D animated series starring Leon S. Kennedy and Claire Redfield. This is Resident Evil: Infinite Darkness, a product that will be released in 2021 on the platform. According to the synopsis, “a pair of veteran zombie hunters” (ie Leon and Claire) will have to fight against the released biohazards. Unlike other products, this one will be framed in the official canon of the saga.

The second series in development, which will also premiere on Netflix, will not enter the canon and will not be animated, but live action. Produced with Constantin Films, it will feature an 8-episode first season. Andrew Dabb (Supernatural) will serve as showrunner and executive producer, while Bronwen Hugues (The Walking Dead, The Journey is the Destination) will direct the first two episodes. As for the plot, the story places the focus on Albert Wesker’s daughters, who move to the new Raccoon City. There they will discover some terrible secrets directly related to their father. Just 10 years later, 6 million people and animals have stopped being themselves and have become the living dead.