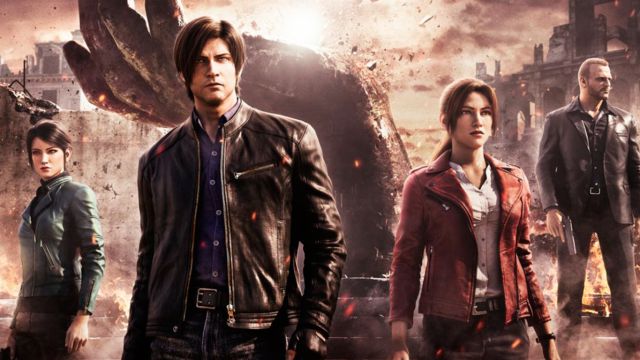 Resident Evil: Infinite Darkness: The streaming platform publishes the first minutes of the first episode of its new series based on the terrifying Capcom video game franchise. Resident Evil: Infinite Darkness, the new Netflix series based on Capcom’s terrifying video game franchise, shares the first minutes of its first episode through a new video trailer that you can see heading this news, a brief look at those that awaits us from next July 8 with the first scenes of this new adventure starring Leon S. Kennedy and Claire Redfield.

Thus, this new adaptation in the form of a series of the Resident Evil saga, is created with CGI by Tokyo Movie Shinsha together with Capcom and CGIDesam. Under the direction of Eiichiro Hasumi, Resident Evil: Infinite Darkness bets once again on two of its most charismatic protagonists and most demanded by fans, such as Leon S. Kennedy and Claire Redfield, who will be immersed in a new and terrifying journey as part of the official franchise canon.

So much so, that Resident Evil: Infinite Darkness takes place just after the first meeting between the two characters after the Raccoon City disaster, through a plot that draws directly from the iconic Resident Evil 2. Thus, while Leon receives the order of Investigating a leak of secret files related to the president of the United States, Claire will carry out her activity on the ground as part of TerraSave. Soon things will go wrong and both will have to escape a whole zombie outbreak.

Regarding this new advance with the first minutes of the series, we can observe how an elite corps of the United States Army suffers a helicopter accident in the Republic of Penamstan in 2000; Determined to rescue their companions, the Mad Dogs do not hesitate to come down to help their fallen companions. We will see what relationship there is between this military accident and the rest of the plot of a series that promises to give answers to several unknowns of the Capcom franchise.

Location of All Zero Point Scanning Devices in Fortnite, Chapter 3,...