Home Entertainment Resident Evil Code: Veronica Should Be Next on Capcom’s Remake List With a new Resident Evil 4 remake revealed at the most recent State of Play, it seems like Capcom refuses to slow down as it revamps its classic horror franchise. However, with this latest Resident Evil entry making it Capcom’s third remake, the studio may need to refocus itself in order to preserve the momentum it’s already gained, making the most out of the market of nostalgic fans and series newcomers. Though Resident Evil 5 may potentially be getting sized up for the next remake following Resident Evil 4, there’s a far better candidate that’s more deserving of a revisit: Resident Evil Code: Veronica.

RELATED: Capcom Refers to Upcoming Resident Evil 4 As ‘Reawakened’ Rather Than a ‘Remake’

At present, both Resident Evil 2 and 3 have either for the first time or once again introduced players to the likes of Jill Valentine, Claire Redfield, Leon Kennedy, Ada Wong, and so on. Now, with Resident Evil 4 on the way, this means that players will be following some of these characters once more, chief among them being fan-favorite Leon Kennedy. Chronologically speaking, Resident Evil Code: Veronica takes place after the events of Resident Evil 3 but just prior to 4, providing Capcom with the perfect buffer between a potential remake for the fifth game with Code: Veronica as its “replacement,” allowing players to pick up the story of Claire as they are about to do with Leon.

In addition to this however, since the original Resident Evil remake was released back in 2002, Code: Veronica would provide the ideal refresher course in picking up Chris Redfield’s story where it had left off. Following the events of the first game, Chris fell off the radar of mainline games until Resident Evil 5, meaning a reintroduction to his character would require more nuance than Capcom just assuming will catch up on their own accord. A Code: Veronica remake would help ease players in by reminding them about the plot of the first game as well as some core characters such as Chris and Albert Wesker, leading smoothly into their return during Resident Evil 5. Some diligent restructuring and reorganizing on Capcom’s behalf would be ideal, with the company carefully considering which games are next to be remade to help establish a more concise, coherent narrative.

While it was critically acclaimed and universally well-liked by audiences, Code: Veronica was an early sign that the series was beginning to drift away from its roots as a survival horror game. The game has been likened to that of a Hollywood action feature and is more “movie-like” than previous games in the series, which while not outright bad may have been what influenced the decision to make games such as Resident Evil 5 and 6 based less on survival and more on the action.

The current approach that Capcom has been taking to these most recent remakes makes it clear that it is determined to keep to the principles of survival horror to recreate the ethos of the series. Should a Resident Evil 5 remake be on the cards, then Code: Veronica would be the best first step to take to work out the kinks of adapting previous games with more action to the current survival horror style.

Curiously, Code: Veronica has already received a “remake”, though this was due to market forces behind a defunct Dreamcast system, and so Code: Veronica X was made as a port-come-remaster to other platforms over its lifetime such as the PlayStation 2. However, given that Code: Veronica X came way sooner than ordinarily intended for remakes, it means Capcom can do much to improve the game for an updated release today. Areas for improvement include the likes of Code: Veronica’s control scheme and the game’s overall tone and pacing.

The Likelihood Of Code: Veronica’s Remake

Though Code: Veronica remains just as popular today as when it was first released, it may sadly be just enough removed from the main line of games that Capcom could overlook it. One glaring hint of this is that Resident Evil 4 was actually developed and released in 2005 after Code: Veronica, which launched initially in 2000. If Capcom had intended to follow the chronology of its games and develop remakes in line with this, then Code: Veronica would have been first on its list, not Resident Evil 4.

This doesn’t explicitly rule out Code: Veronica’s chances of a remake, but it does cast sufficient doubt that’s led many fans to suspect a remake isn’t coming. However, it’s unclear why Capcom would disregard Code: Veronica at this point, as already fans are modding the current remakes to make their own updated version of the game, and even Claire’s voice actress has expressed her interest in reprising her role for a Code: Veronica remake.

For many fans, it feels as if all the right pieces are there and the timing could never be better, but Capcom appears to be going in different directions. One possible explanation is that Code: Veronica isn’t explicitly within the main line of games, and giving it special treatment could mean that all other spin-offs may suddenly spark fan demand for remakes as well. Another reason could be that Capcom is possibly trying to reboot the Resident Evil story, condensing all its disparate parts into a greater whole so that if and when Resident Evil 9 comes around, it will have more stable ground from which to start its story. 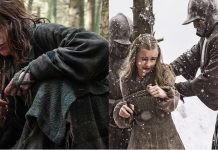 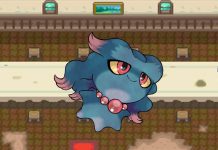 Pokémon Platinum Old Chateau Shows What Scarlet Is and; Purple is Missing 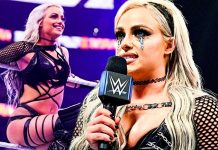