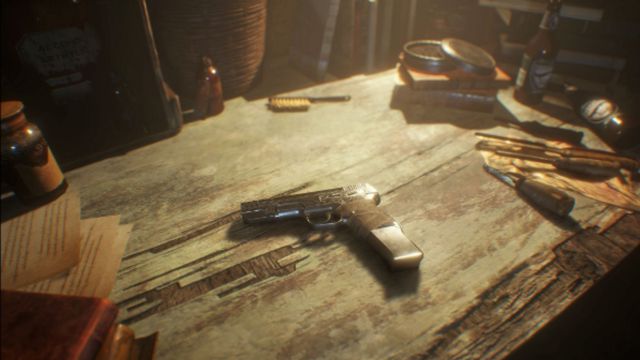 Resident Evil 8 Village: Capcom has used all the knowledge acquired throughout these 25 years to design a highly varied title.That Resident Evil Village is going to introduce a crafting system is not new, as it is an aspect that has already been glimpsed on other occasions. However, a GameInformer article has provided new details on this. In addition to being able to improve weapons, the game will implement hunting animals as a method of obtaining certain resources.

Chickens, pigs, horses, fish and more animals will live on the outskirts of the cursed town. Considering the extreme situation Ethan finds himself in, with enemies everywhere, it is not surprising that he needs to use all the resources at his fingertips to gain some additional advantage against the monsters. Therefore, he will have to use hunting to get meat, eggs and other materials. If you take them to the Duke, he will prepare the meat to improve some attributes of the character, such as health.

This character is also the one who offers us improvements for weapons, which of course are paid with money. Only in this way will we be able to face the many dangers that lurk in the town. A town, by the way, that has no name as such. Capcom says there is a reason for this, although we will have to discover it during the story.

It should be noted that the Japanese company is preparing a new edition of the Resident Evil Showcase, an event in which a new trailer and more gameplay will be presented. When? It will be today April 15 (already April 16 in Spain): you can check the schedule by country at this link.

Resident Evil Village will go on sale next May 7 on PS5, Xbox Series X and Xbox Series S. Initially, only the versions for the new generation of machines were confirmed, but finally Capcom announced that it would also be marketed on PS4 and Xbox One, just like on Google Stadia. In fact, the Japanese recently showed the first gameplay on PS4 Pro, which you can see at this link.