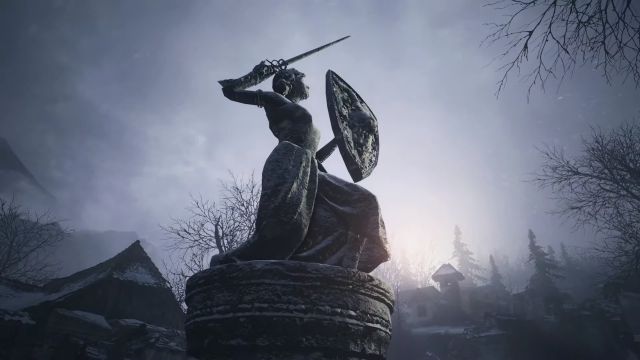 Resident Evil 8 Village: The title, which will be available on May 7, has just enjoyed a second demo focused on the gameplay.Between the snow and the freezing cold, a lost town is no longer a haven of peace. Resident Evil Village, the new installment of the main saga, is about to hit stores, although before that happens, PS4 and PS5 players will have the opportunity to try it out thanks to the gameplay demo. In addition, Game Informer magazine has had exclusive access to various content. Hence, he has published a gameplay video in which we can glimpse the ins and outs of this terrifying town. You can see it below these lines.

Ethan thought that his history with the supernatural had ended after his adventures and misadventures in Resident Evil 7: Biohazard, but everything changed since his visit to the Baker mansion. Capcom will continue to delve into the character and narrative lines that began in the seventh installment of the saga. Thus the things, the man will be dragged to the town by Chris Redfield. It goes without saying that things will not take long to get complicated, especially when horrible monsters materialize in the undergrowth.

Resident Evil Village is a more open and comprehensive title than previous games. Take a first-person perspective and combine the formula of action with that of puzzles. Given the dangers that Ethan Winters will have to face, he must make use of all the resources available to him. In this way, Capcom has incorporated a crafting system, which will allow us to improve weapons and equipment. We can also hunt enemies to make concoctions that will improve their main attributes.

The title will go on sale on May 7 on PS4, PS5, Xbox One, Xbox Series X, Xbox Series S, PC and Google Stadia. The second part of the demo will take place at Lady Dimitrescu’s castle starting on Sunday, April 25.