Home Entertainment Resident Evil 8 Village: they warn about possible spoilers after the leak... 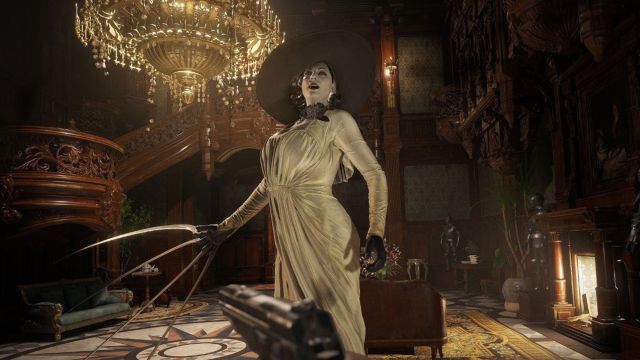 Resident Evil 8 Village: As with recent games like Cyberpunk 2077, physical copies of the new Capcom are already circulating.To the terror of Resident Evil 8 Village we must add the possibility that the plot spoils are leaked into the network before their time, a practice that unfortunately is often repeated in many of the great releases. As with Cyberpunk 2077, ResetEra user Mauro NL has discovered that physical copies are already circulating, at least in Australia. That means that materials may appear online soon. So beware, spoilers.

What can be made clear from the information that has come to light is that version 1.0.0 without patch will occupy 27.37 GB on PlayStation 4. Beyond that, the box does not reveal any additional details, beyond that It is about a +18 product, a fact that was already known and that is not surprising, given the nature of the project. Below you can see a tweet from Kaiser 499 showing that physical units are already prowling ahead of time.

Visit to the town of horrors

In this new production, which drinks a lot from Resident Evil 4, the players will put themselves in the shoes of Ethan, the also protagonist of the seventh installment of the series. The character will arrive in a mysterious, once quiet town that has now become a hotbed of creatures and monsters. What is hidden between the thicket and the snow? Without a doubt, terrible secrets.

Resident Evil Village will go on sale next May 7 on PS4, PS5, Xbox One, Xbox Series X, Xbox Series S, PC and Google Stadia. Before that happens, PlayStation console users will have the opportunity to test the second part of the gameplay demo, which will take place at Dimitrescu Castle. It will last only a few hours and will begin next Sunday, April 25. In addition, the game will also have a time limitation.

Summer Game Fest 2022 was the biggest and will return next...