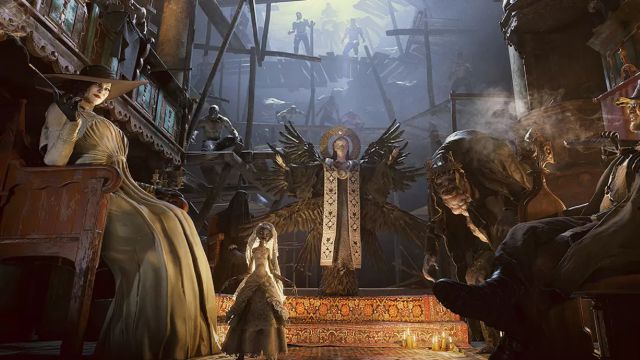 Resident Evil 8 Village: Richard Raaphorst shares on the Linkedin social network a series of comparative images between the character in his film and in the game.At last the time has come to break into the cursed town. Resident Evil Village is now available on all platforms, but its arrival has been accompanied by some controversy. Richard Raaphorst, director of the film Frankenstein’s Army, has accused Capcom of having plagiarized one of his characters. He has done it through Linkedin, where he has shared a series of comparative captures with which he tries to prove the accusation of him.

“In 2013 I directed the movie Frankenstein’s Army”, he writes in the aforementioned social network. “It’s a crazy movie full of monsters with my own creature designs. One of them has been used without my consent or credit in the new Resident Evil video game. ” The truth is that both characters have a propeller on the head. It will be necessary to see if Capcom is pronounced on the matter; Raaphorst, at the moment, has not announced legal action of any kind.

Resident Evil Village went on sale on May 7 on PS4, PS5, Xbox One, Xbox Series X, Xbox Series S, PC and Google Stadia. The title stars again Ethan Winters, the protagonist of the seventh installment. After the horror at the Baker mansion, Ethan and Mia live peacefully away from the United States. However, peace lasts for a very short time. One seemingly quiet night, just after putting the couple’s youngest daughter to bed, Chris Redfield bursts into the building and everything changes. The girl Rose is kidnapped and her father appears on the outskirts of a mysterious town.

It is there that he must search for her missing daughter, but soon discovers that this village is anything but normal. Death lurks, especially when Madre Miranda’s lieutenants watch to see that plans go according to plan.

Essays on Empathy, The Deconstructeam Journey