Home Entertainment Resident Evil 8 Village: The Demo Has A Very Clear Reference To... 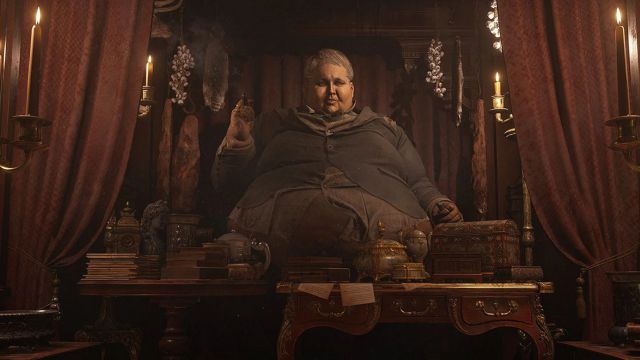 Resident Evil 8 Village: Capcom’s new production will be available from May 7 on consoles, PC and Google Stadia.As the release date for Resident Evil Village, the new main installment in Capcom’s survival horror saga, approaches, the Japanese company has offered some opportunities to test the video game. First it was with the demo Maiden for PS5 and then with the two parts of the gameplay demo, which could be enjoyed for a very limited time. For a few hours, players have had the chance to visit Lady Dimitrescu’s castle again, at which point we find a reference to Resident Evil 4.

Capcom has repeatedly recognized the influence of the fourth installment in this new chapter. And it is that in addition to a cursed town, Village brings back the essence of the peddler, the character who sold us objectives in Resident Evil 4. In fact, during the demo, Ethan runs into El Duque, a character who fulfills exactly the same function. The fact is that upon meeting him, he tells us a phrase that everyone who has enjoyed the classic will instantly recognize: What are you buying? (What are you going to buy), to then comment that it was an expression that an old friend of his used to use.

Resident Evil Re: Verse, the multiplayer that comes bundled with the game

This installment will not only come with a mercenaries mode, but it will also include a standalone title focused on multiplayer. This is Resident Evil Re: Verse, which has also had several demos in beta form. We are facing a title that allows us to fight against other players, always with the aim of surviving the attacks orchestrated by rivals.

Resident Evil Village will go on sale next May 7 on PS4, PS5, Xbox One, Xbox Series X, Xbox Series S, PC and Google Stadia. The game once again stars Ethan Winters, the main character from Resident Evil 7: The Peace Has Not Lasted Long and now you must face his greatest challenge.