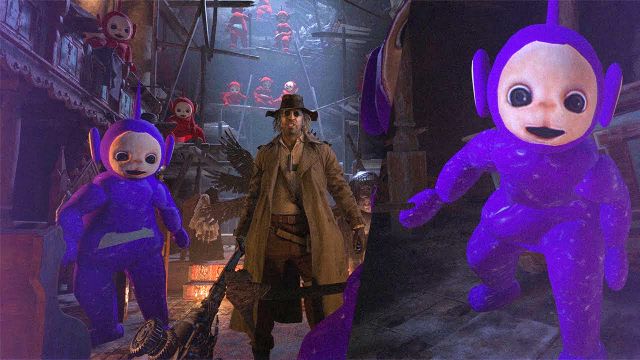 Resident Evil 8 Village: Modder Marcos RC recreates the famous television characters in fearsome animals with the intention of ending the protagonist, Ethan Winters. The Resident Evil 8 Village modding community is still ready to surprise us. This time, the player Marcos RC has created a mod that replaces the enemies of a specific moment of the campaign in the famous Teletubbies; specifically, the purple teletubbie, Tinky Winky, and the red one, Po. You can see the result below.

The video contains footage from the main adventure of Resident Evil 8 Village. Although it does not contain plot spoilers, it can be considered a spoiler.

Surely this was not the image we had of Tinky Winky, an adorable being who dazzled the generations that grew up in the late nineties. Neither was Po’s. This time the hugs are changed for screaming and violent behaviors, like those narrated in the Capcom video game, with the exception that this time there are no zombies, but Teletubbies with weapons in hand.

The purely recreational content is available to members of Marcos RC’s Patreon channel, which explains how to download and install it on the computer version of Resident Evil 8 Village. The objective is to escape from the clutches of Po and Tinky Whinky; Although, as we can see in the video, getting out unscathed is quite complicated under the circumstances.

Other notable Resident Evil 8 Village mods include the one that turns Chris Redfield into a baby; a demake that imagines what the title would be like on the first PlayStation; one to play in the third person; the one that unravels the mystery of Ethan; an unexpected growth of Lady Dimitrescu’s hat; or, on the other hand, the recreation of this last character in The Elder Scrolls V: Skyrim. We explain how to download and install Resident Evil 8 Village mods in its PC version through this link.

Resident Evil 8 Village is available for PS4, Xbox One, PS5, Xbox Series X | S and PC from May 7. You can know the estimated duration of the game here and see our analysis in this link.

The Worst places to lose subscribers in Skyrim

Where was Nope filmed? Description of each filming location