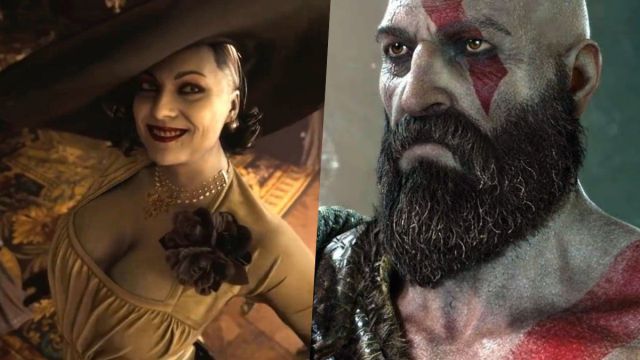 Resident Evil 8 Village: The two characters replace Jill Valentine and Nemesis in a fierce fight for survival.Resident Evil Village has already hit stores (and successfully!). Capcom’s new production has caused a sensation, especially due to the presence of Lady Dimitrescu, the powerful witch who lives in the castle of the village where the game’s story takes place. As usual, players have already started to design their own mods, although this time the focus is on Resident Evil 3 Remake. Lady Dimitrescu and Kratos from God of War duel in this stunning video posted on Shirrako’s channel.

Mother Miranda’s lieutenant in the eighth installment of the saga replaces Jill Valentine, while Kratos takes on the shoes of Nemesis. The scene in question corresponds to the first bars of Resident Evil 3 Remake, so Lady Dimitrescu still has everything to lose. Instead of Jill, we see the sorceress running for her life as everything falls apart when Kratos bursts in forcefully. Fortunately, Dimitrescu manages to escape unscathed to finally meet Heisenberg (Carlos in the original game).

Lady Dimitrescu is one of the main antagonists of Resident Evil Village, a witch in the service of Mother Miranda who strolls the corridors of her lustrous palace. Under this roof, the servants suffer the wrath of the witch’s daughters, who do not hesitate to torture and kill when they see fit. There must enter Ethan Winters, the protagonist, who will try to rescue his daughter kidnapped from him at all costs. To achieve this, he will have to face numerous dangers; also to the traps that will appear along the thorny path.

Resident Evil Village is available on Xbox One, Xbox Series X, Xbox Series S, PS4, PS5, PC, and Google Stadia. The remake of the third installment, which went on sale last year, reinterprets the original, although the approach remains similar, very focused on action rather than survival horror.

How the Thalmor of Skyrim Tricked the Khajiit into Fighting the...

One Piece: An Explanation of Why Blackbeard Wanted Hancock’s Devil Fruit