Home Entertainment Resident Evil 8 Village, impressions of the first part of the gameplay... 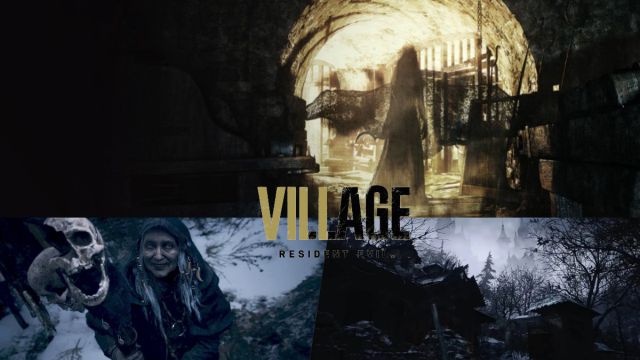 Resident Evil 8 Village: We delve into the horrors of the town, which begin to take shape in the form of monsters and supernatural events.Ethan Winters walks through the town gates for the first time in Resident Evil 8 Village, the new main installment in the Capcom saga. The Japanese company published the first part of the gameplay demo on the PS Store, which has been available for a very limited time and with a duration of a maximum of 30 minutes. Waiting for us to enjoy the second part, at MeriStation we offer you our first impressions with the video game.

That something is wrong in the town is something that is detected from the first second, when an old woman carrying a cane with a decorative skull verbalizes all kinds of bad omens. As Capcom had indicated, the title makes use of larger environments, although the RE Engine is more impressive indoors. It is possible to configure various graphic options on PS5, such as ray tracing, although the performance suffers slightly if we opt for that option (it works at 60 fps generally).

Snow covers the ground and the roofs of the houses. In the surroundings we find religious objects, as well as empty buildings. At first glance, it does not seem that life in the village is particularly intense. A quiet town, until the unimaginable happens. In the following lines we will uncover some details about the plot that unfolds in the demo.

Memories of the past and reminiscences of RE 4

The first minutes at the controls give us back feelings of yesteryear. On the one hand, the first-person perspective recovers the approach of Resident Evil 7: Biohazard, but on the other hand, Village has a Resident Evil 4 touch that is glimpsed not only by the chosen setting, but also by the playable development. The first objective is to find two emblems that will help us to open the way to Dimitrescu Castle, the home of the witches. Thanks to a note, we discovered that the first of these objects is in the church, while the second is in the home of a woman named Luiza.

We continue exploring the environment until we reach an area full of weeds. It is at that moment when we hear the strange sound of a creature. Then a few monsters appear, more than we can cope with. At first, we pointed the pistol and fired a few bullets. It should be noted that the PS5 version implements some of the functionality of the DualSense controller, so that when firing we notice the trigger resistors.

Despite the fact that we empty a few rounds from the magazine, it is clear that our best option is to escape forward. The entrance to Luiza’s house is blocked, but right next to it we hear the voices of two survivors, both neighbors of the town, father and daughter. The man has been injured by one of the monsters and is very suspicious in the presence of a stranger, but the woman gives Ethan a vote of confidence when he tells her that he is not there to harm them. Next, the protagonist goes out the window in order to open the main gate, something necessary to safeguard the lives of the few survivors that remain.

Resident Evil Village incorporates a certain esotericism into the formula, shown in the beliefs of the townspeople. They worship a certain Mother Miranda, the protagonist of rituals and prayers. So when we finally meet Luiza, all the survivors put their hands together to say a prayer. They are unaware of the bloodbath that will take place next, since in the blink of an eye, the father goes crazy and sticks his machete in Luiza’s body. Confusion takes hold of everything in a matter of seconds, the fire catches and the number of survivors is reduced to two: Ethan and the daughter, who shoots at her father when she realizes that there is little of him left inside.