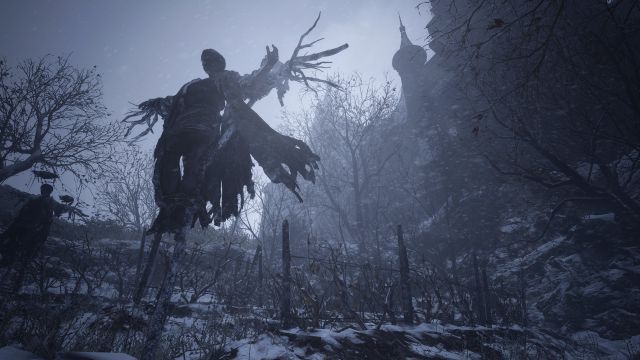 The Japanese firm will include in the final demo the contents seen in the exclusive early accesses for PlayStation consoles. That is, both the demo of the town and the castle are united in a single test, now open to all platforms where the final version will debut.

That last test in the castle allowed us to delve into the limits of Lady Dimitrescu, now with full playable faculties. Despite the fact that Maiden let us see the first corridors of the place, it was not until when we were able to really interact with the stage. Remember that the lady will chase the player when she locates him inside the castle, as happened with Mr. X in Resident Evil 2 Remake.

During the same demo, players were able to stumble upon The Duke, the charismatic character who acts as the peddler from Resident Evil 4. In fact, he himself refers to one of the character’s common expressions: What are you buying? (What are you going to buy), to later comment that it was an expression that an old friend of his used to use.

Through this link you can get a preview of the main antagonists who will seek to hunt down Ethan. Lady Dimitrescu is just one of the visible faces of the threats that we will encounter, such as Madre Miranda, Karl Heisenberg, Salvatore Moreau and Donna Beneviento, among others.

For its part, Resident Evil Village is scheduled to launch next May 7 on PS5, PS4, Xbox Series X | S, Xbox One and PC.

Horizon Forbidden West: How to complete All That Remains And The...