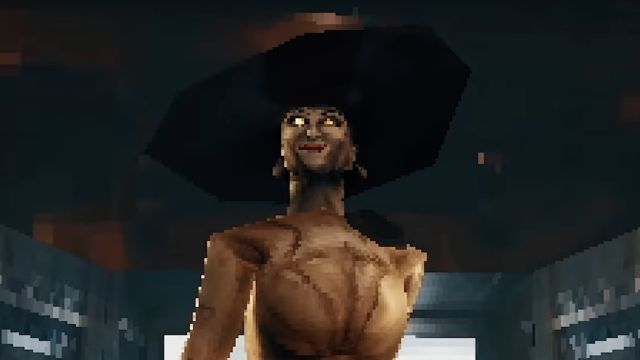 Resident Evil 8 Village: Games like Cyberpunk 2077 or Death Stranding also went through the filter of the first PlayStation. Almost every great release is accompanied by a hypothetical demake, reimagined by fans. After Death Stranding and Cyberpunk 2077 looked like a title from the first PlayStation, now it’s the turn of Resident Evil Village, the new main installment of Capcom’s action survival horror. To no one’s surprise, Lady Dimitrescu makes an appearance, although her face, previously made up of thousands of polygons, materializes on the screen full of sharp pixels.

In the video of the demake made by Holoopee (which does not exist, it is only a clip), the witch has also lost the facial animations. So when we hear her talk about her, she doesn’t even move her lips. It is true that Capcom’s title has been optimized to work on new and older generation machines, as well as computers with very diverse hardware. It is even possible to run it on a PC without a dedicated graphics card, of course, the graphic aspect does not drop in any case as in this curious version.

Ethan, the return of him as the protagonist

Resident Evil Village is a direct continuation of Resident Evil 7: Biohazard, which means Ethan Winters returns as the main character. If he already went through great hardships in the previous chapter, what awaits him in the cursed town is not much less happiness, rather the opposite. Searching for his daughter kidnapped from him in that horrible place will lead to the loss of body parts and a bit of sanity. The meeting with Lady Dimitrescu may have been desired by fans, but Ethan shouldn’t be looking forward to being the special guest of a matriarch who wants him dead.

The title is available now on PS4, PS5, Xbox One, Xbox Series X, Xbox Series S, PC, and Google Stadia. And no, of course it doesn’t work on the first PlayStation. We will have to settle for the video.

Assassin’s Creed: These Are The Best Offers Of The Saga On...