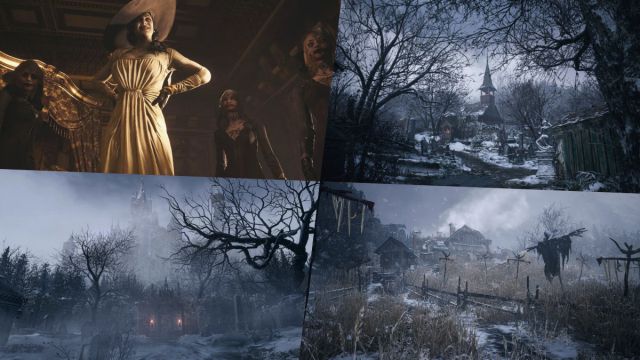 The art director of the new Capcom production does not specify how much time we will spend in the already seen locations.

The town, Lady Dimistrescu’s castle, those are the locations that have been seen in the materials shown from Resident Evil 8 Village, the long-awaited new Capcom production. The game, however, will go beyond these scenarios, something that had already been glimpsed thanks to the complete map of the Collector’s Edition, which was recently leaked. Be that as it may, Tomonori Takano, Art Director, has explained that the zones that have been presented are only a portion of the game. What he has not specified is whether the player will spend a lot of time in those areas.

“What we have shown so far, Lady Dimitrescu, the town and the castle, corresponds to a section of Resident Evil Village,” he assures in an interview with IGN. He also adds that they have “prepared many other elements” that make this experience a product “much bigger than Resident Evil 7: Biohazard.”

In the same interview, Takano also talks openly about the design process for Lady Dimitrescu, a character who has triumphed before the title even hits stores. Since she first appeared, the witch has become popular online, even more so when her impressive stature of almost 3 meters has been discovered.

Right from the beginning of development, in the planning stage, Capcom decided it wanted to touch on the “castles and vampires” theme. Yet they did not wish to “be limited by how vampires have been depicted” in other cultural products. Hence, they tried to give the Dimitrescu family a special touch.

See Also
Resident Evil 8 Village: how to watch the trailer

Resident Evil Village will go on sale next May 7 on PS4, PS5, Xbox One, Xbox Series X, Xbox Series S and PC. Players of Sony’s next-generation console can now enjoy the Maiden demo, which focuses specifically on its visuals. She is not part of the end game.

Stalker 2 will be released exclusively on PC and Xbox