Home Entertainment Resident Evil 8 Village: Chris Redfield as a Baby? This is What... 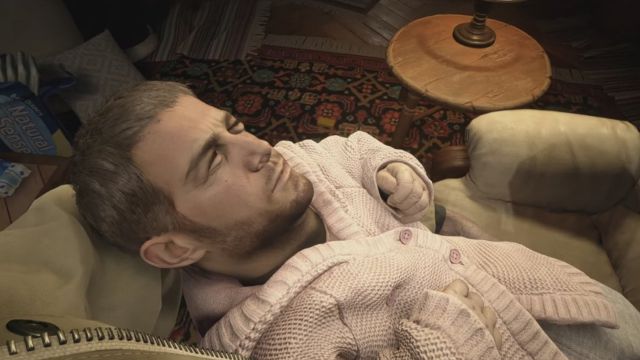 Resident Evil 8 Village: The PC version of Capcom’s game has already begun to receive content created by fans, some very particular.We saw Canela from Animal Crossing: New Horizons in Resident Evil 3 Remake. There are plenty of examples of that style, but to date we have never witnessed a true horror picture. Can you imagine Chris Redfield in the body of a baby? This is how he has been portrayed in one of the Resident Evil Village mods that are now downloadable. And yes, we are talking about the adult face on the body of a little girl in diapers. The result, as can be seen below these lines, is truly sinister.

Those who want to have nightmares can make their dream come true by going to Nexus Mods and looking for Mini Me Chris, although we make it easier for you with a direct link. Given the fame that Lady Dimitrescu has achieved, no one would be surprised if the next to appear portrayed as a baby could be her or any other character in the saga. After all, the possibilities are endless. Of course, only in the PC version, which is the only one that allows modifications.

It is not the only mod that has appeared in recent days. In MeriStation we publish a selection, but PC Gamer picks one that will like fans of Lady Dimitrescu. Not that the witch needs more accessories to look extraordinary, although sunglasses never look bad, especially if you have the charisma of this character.

Under the watchful eye of Mother Miranda

Resident Evil Village goes far beyond the Dimitrescu witch castle. The town is governed by the lieutenants of Mother Miranda, so Ethan Winters must face monstrous threats, who walk through the area in the service of his masters. On this occasion, the protagonist must look for his daughter Rose (if possible without Chris’s face), who has been kidnapped for quite sinister reasons.

Jeremy Renner Shares News of His Recovery, Revealing That He Broke...