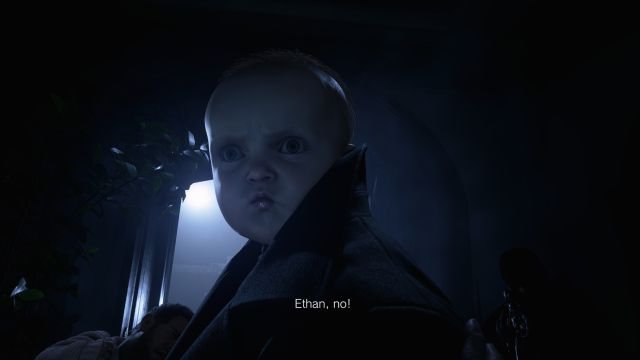 Resident Evil 8 Village: Terror, like Claire’s brother’s face, has many faces, but we did not imagine this change. It’s been less than a week since Resident Evil Village went on sale, but the modder community hasn’t wasted any time. Chris Redfield, one of the most mythical heroes of Capcom’s survival horror saga, is back in this eighth installment. He appears as one of the triggers of the story, but also as a great protagonist of the mods. If we trembled when we saw his face on little Rose’s body, now we have to hold back the screams after discovering the latest creation that has appeared in Nexus Mods.

The photo that heads (no double meanings, or maybe yes?) This news is graphic enough to underline the fear caused by seeing Rose’s face on Chris Redfield’s adult body, a picture more hideous than all creatures that Capcom has designed for its successful video game, which has already distributed a not inconsiderable figure of 3 million units in just a few days.

The creator of this mod is JTeghius Kittius, who has said that after publishing his Baby Chris mod he has received “many requests” to launch the work that we now taste, Baby Over Chris Face. According to his words, all the facial animations (except for the eye movement) work, although he has only tested it in the intro sequence and not in the rest of the appearances of the character.

Resident Evil Village has been released for almost a year after Resident Evil 3 Remake. On this occasion, Capcom has chosen to return to the first person, so it continues the perspective used in the seventh installment. After all, it is a plot sequel to this video game, so we get back to handling Ethan Winters. The protagonist, who has barely recovered from his nightmare in the Baker mansion, has to go back to his old ways when his daughter Rose is kidnapped from him and appears in a lost and demonized town.

The title is now available on all platforms, that is, PS4, PS5, Xbox One, Xbox Series X, Xbox Series S, PC and Google Stadia.