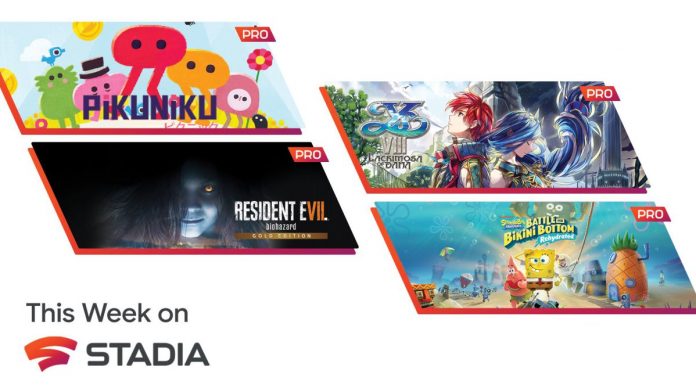 The Google Stadia premium service announces the 4 new video games that can be played for free and confirms the entry of more titles to its catalog.

Google Stadia, the streaming video game platform of the well-known Californian multinational, has announced the entry of four more video games to its premium service, that is, Stadia Pro, a catalog that can be accessed as long as the user maintains their subscription. And this time both Resident Evil 7 Gold Edition and Pikuniku stand out. In addition, those responsible have confirmed the launch of more video games to their general catalog, including Trine 4: The Nightmare Prince, Outriders or Disco Elysium: The Final Cut.

Thus, Resident Evil 7 Gold Edition represents the return to the origins of the popular Capcom saga, this time in the first person and with all the survival horror flavor of the first installments; also, with all downloadable content included. On the other hand, Pikuniku is a title as original as it is striking, an exploration game almost unclassifiable but worth trying.

The other two titles available in Stadia Pro this month are SpongeBob SquarePants: Battle for Bikini Bottom Rehydrated, the remastering of the celebrated 3D platformer adventure of the well-known cartoon character, Ys VIII: Lacrimosa of Dana, the full version with all the DLC of this celebrated JRPG.

On the other hand, the launch of many other video games to the general catalog of Google Stadia has been confirmed, through a list that includes games from a few years ago with some new features. The new additions to Stadia are: