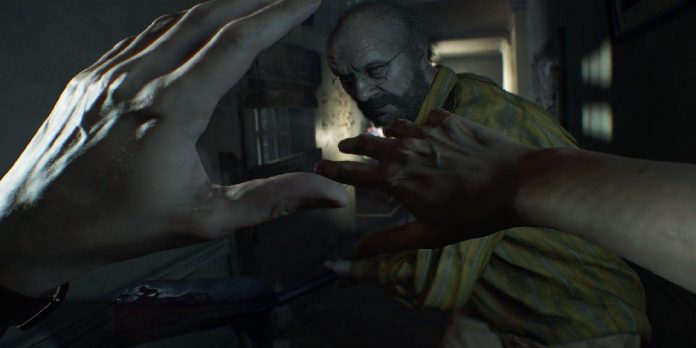 According to many fans, Resident Evil 7: Biohazard has become something of a soft reboot of the cult franchise. The survival horror game brought Resident Evil back to its terrifying roots, showing the journey of Ethan Winters as he tries to find his missing wife and fend off the Baker family infected with a strange virus. Discarding the more action-oriented gameplay of Resident Evil 5 and 6, many praised the steady disclosure of the mystery in Resident Evil 7.

However, despite the fact that the game received positive reviews from fans and critics, according to Resident Evil 7 executive producer Jun Takeuchi, survival horror could initially look very different. According to Takeuchi, who recently gave an interview on the Biohazard channel on YouTube, Capcom initially insisted that Resident Evil 7 be more like a game with a live service, with the addition of microtransactions. Takeuchi stated that the developers were ordered to make “the games that the players are asking for.”

For Capcom, this meant that Resident Evil 7 would have an online multiplayer game, downloadable content, and other features that the team struggled to add. Takeuchi stated that this led to a meeting with Capcom chairman Kenzo Tsujimoto. Tsujimoto allegedly said that Resident Evil 7 is in “bad shape”, which led to Takeuchi being brought in to help the project. This led to the removal of things like online multiplayer, and perhaps it was the best solution for Resident Evil 7 to make it what the franchise needed at the time.

An online multiplayer game was considered for Resident Evil 7 for some time, but, according to Takeuchi, this idea was abandoned due to the fact that the team did not see a clear way to preserve the horror experience while playing with friends. Some other concepts that Capcom allegedly promoted, such as DLC, have indeed been reflected in recent Resident Evil games, and Resident Evil: Village recently unveiled its upcoming DLC. However, this downloadable content does not border on what one would expect from a live-service game, and serves to expand the single-player experience in Resident Evil games.

Many fans will be happy to hear that the Resident Evil 7 team ended up with what Takeuchi called the “worst marketing nightmare” in a single-player, survival horror game. The game proved to be extremely popular among old and new players, even receiving a next-generation update along with Resident Evil 2 and 3. It seems that Capcom may have initially feared an unsuccessful marketing move, turned out to be a successful soft reboot. for one of the most famous horror game franchises.

House of the Dragon: First Images of The Spin-Off of Game...

Nivalis is the child of Cyberpunk 2077 and Stardew Valley