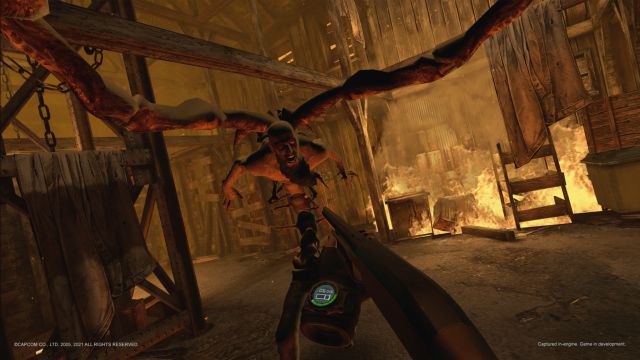 Resident Evil 4: Jason Rubin, one of the heads of the Meta games division, confirms the good news for the Capcom classic. The Capcom classic is back. Like The Elder Scrolls V: Skyrim, which has been adapted for multiple devices, Resident Evil 4 has made its way to Oculus Quest 2 as a virtual reality video game. It seems that his passage through the glasses of Facebook (now known as Meta) has been successful, as Jason Rubin, founder of Naughty Dog and vice president of the Meta games division, has published a message on social networks, where he reports that the game it is the one that has been sold more quickly.

“We knew that Resident Evil 4 would bring different types of emotions to virtual reality, both for fans of the series and for those who are new. I’m excited to share that RE 4 is officially the fastest-selling game in Quest history, “he said.

When Resident Evil 4 VR went on sale, one of the classic modalities of the saga was not present in the final product. However, both Capcom and the person in charge of the port, Armature Games, are preparing the landing of Mercenaries Mode for next year 2022. The announcement has been leaked through an official video, quickly deleted, although they have taken it and uploaded it to the Internet (and has now been shared by Rubin). Again, we can fight hordes of enemies to eliminate as many of them as possible.

Another piece of information that has come to light in the trailer is that Oculus Quest will change its name. Therefore it will be renamed Meta Quest, something that fits with the new name of its parent company.

Resident Evil 4 originally came out on the GameCube, as one of the console exclusives. Although Shinji Mikami assured that he would cut his head if it were released on other platforms, the game debuted some time later on PS2 and since then we have seen it on all kinds of systems, including mobile devices.