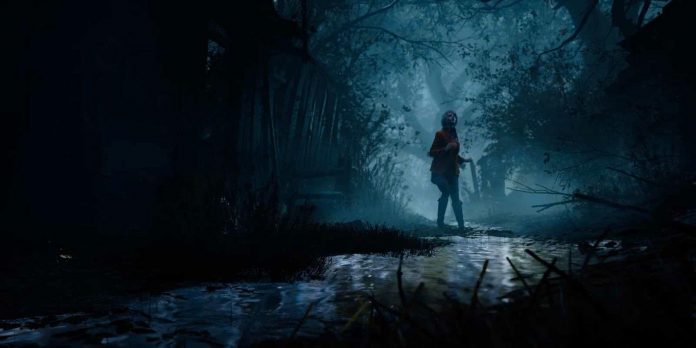 After several years of teasers and insider leaks, Capcom has officially unveiled the next game from its back catalog, which will receive modern coverage. In the course of events that probably shocked a few viewers, it has now been confirmed that Resident Evil 4 Remake is being actively worked on. Barring any unforeseen setbacks, the new version of the iconic survival horror game will be released on PC, PS5 and Xbox Series X/S early next year.

Thanks to the latest Sony State of Play presentation for Resident Evil 4 Remake, a decent amount of footage is already available, despite the long wait. In addition to demonstrating Capcom’s determination to modernize the experience, the roughly two-minute video has already begun to hint at some important plot twists. As a result, it is already possible to pinpoint some of the characters that should be returned.

The fact that the main character of the original Resident Evil 4 is front and center in the remake’s debut trailer is not surprising. Players saw Leon Kennedy perform what appears to be an exact recreation of his classic mission. With the return of Nick Apostolides to voice the character after the remake of Resident Evil 2, it seems that fans will have a deeper study of the background and psyche of the hero.

The debut trailer for Resident Evil 4 Remake, which takes place 5 years after the events of the RE2 remake, highlights the fact that the epidemic in Raccoon City did not stop Leon’s career. As in the original version of the game, the counterterrorism agent is again tasked with saving the daughter of the US President Ashley. In addition to subtle hints that the character may play an extended playing role, it was confirmed that Ashley’s appearance will be based on the model of Ella Freya.

Despite the fact that Resident Evil 4 Remake seems to be an exact recreation of the survival horror classic, there are already several signs that Capcom is going to modernize some parts of the experience. In addition to a brand new reference to Resident Evil Village, fans also celebrated the return of President Graham. Judging by his interaction with Leon in the Oval Office, whom fans have never seen in the game before, it seems that the American politician will play a more active role in finding his daughter.

Despite the fact that their respective appearances in the Resident Evil 4 Remake trailer are fleeting, there is a feeling that Ada Wong and Luis Cera will play big roles in the survival horror game. Although Louis can be heard interacting with Leon, probably in the updated castle area in the game, perhaps the return of the former is the most intriguing of the two. Since Leon is still clearly haunted by what he saw in Raccoon City during the Resident Evil 2 Remake, the couple’s reconciliation should be interesting to see how it plays out.

As for the possibly short debut trailer, it’s noteworthy how many villains Capcom has already been able to confirm will return in the Resident Evil 4 Remake. For the most part, it looks like the original villainous hierarchy and structure of RE4 will remain unchanged in 2023. Osmund Saddler can be seen in the State of Play video, apparently in his role as the main antagonist of the game and leader of Los Iluminados. cult.

Since Saddler confirmed that he’s pulling the strings again in the Resident Evil 4 Remake, Capcom has also lifted the veil on some of its minions that fans will face. At some point, you may notice zombie-like fanatics-cultists wandering through the halls of the game castle. Other named enemies are also presented in slightly modified forms, such as Don Jose, the first Ganado in RE4.

Of particular note is the more painful appearance of Don Jose, which demonstrates the improved photorealism that Capcom now uses in Resident Evil 4 Remake. You can also catch a glimpse of another returning boss, Chief Bitores Mendes. As for the remake, it seems that Capcom has made the villain even more impressive, which may indicate that they intend to build deeper on his original design. Since the game currently lacks a new enemy of the pursuer class, the former design descendant of Mr. X can perfectly fill this gap.

Fortnite Chapter 3 Season 3: How to Ride Animals (Locations of...