Home Entertainment Resident Evil 4 may follow the example of the Final Fantasy 7... 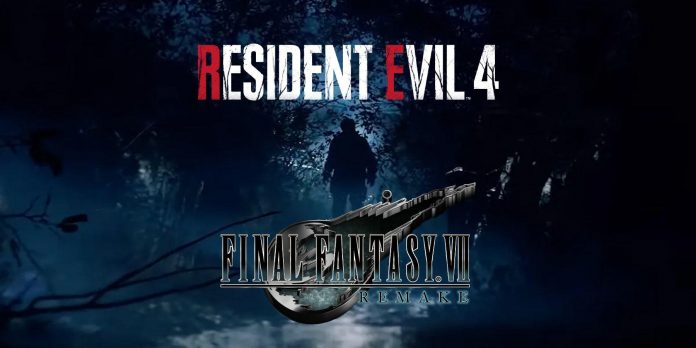 Most poignantly, Capcom cryptically calls the Resident Evil 4 remake an “awakening” of the original game, which has led many to theorize about what this might mean for the game and the series to which it belongs. Resident Evil 4, perhaps leading to something more, may indicate that Capcom is taking inspiration from the Final Fantasy 7 Remake, and this could be the beginning of something completely new from Resident Evil.

There are many remakes in the gaming industry

Remakes have been commonplace in the gaming industry for a considerable time. In particular, games that were once fan favorites or cult classics are often updated for next-generation consoles and, if necessary, adapted to fit a more modern gaming category. However, as the gaming market becomes increasingly saturated with old favorites, it seems that remakes are struggling to stand out from the crowd. As Resident Evil returns to its latest games, and only Resident Evil 5 and 6 have to pass before Resident Evil 7: Biohazard and Village catch up, this may be something Capcom is trying to consider and navigate.

Despite the fact that Resident Evil is more related to science fiction than fantasy, Capcom may well rethink the story of Resident Evil in a way that could help either lay the groundwork for future installments, or create an entirely new canon with many different “universes”. If she followed in the footsteps of Final Fantasy 7 Remake, then Resident Evil 4 could move away from the original game and direct the series to something new. There are already several changes in Resident Evil 4 that may hint at Capcom’s intentions, including changing Leon Kennedy’s clothes and changing the behavior of enemies in accordance with the new gameplay mechanics. Moreover, in accordance with previous remakes, many fans expect further additions or improvements to various characters or storylines in the game, just as Carlos Oliveira from Resident Evil 3 or Marvin Branagh from Resident Evil 2 received better characterization and more screen time.

However, it’s clear that remakes that go beyond the script represent a dangerous balance for Capcom. Resident Evil 3 was criticized for a reimagined storyline that seemed too short and cut out important content from the original. Fortunately, the Resident Evil 4 remake still has the potential to move forward and create a new narrative. To combine the various experiences of Ethan and Rose with Leon, Claire, Ada and others, Capcom will need to creatively coordinate the events of each game so that they correspond to the “awakened” canon. Perhaps the key could be the use of the strange, inhuman Resident Evil viruses from the early Resident Evil games; Plagas from the upcoming remake of Resident Evil 4 could combine all these games under one vast Umbrella corporation.

The Coolest Pokémon Yellow Feature will Never Work on Switch

John Romero Says Doom Was the 90th Game He Created