Home Entertainment Resident Evil 4 Demake: This Is What The Game Looks Like With... 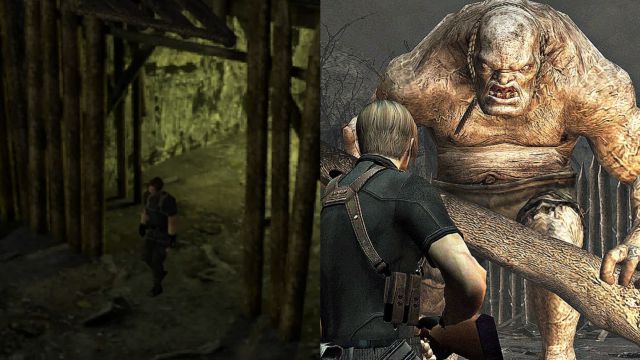 Resident Evil 4 Demake: What would Resident Evil 4 have been like in the third person and with a visual aspect typical of the 90s? We show it to you in the spectacular creation of a fan. In the midst of remakes and remastering that allow us to enjoy classic video games with a visual aspect in keeping with the times, there are very enthusiastic users who bet on the opposite: take a game that has spectacular graphics and modify it so that it looks like that hit the market decades ago. These creations are called Demakes, and today we bring you a very special one: nothing more and nothing less than Resident Evil 4 with graphics from the first PlayStation.

In the video that we leave you below, you can check the careful work done by the user Rustic Games BR. The graphic section is very similar to that of the PSX games, but the change to the third-person camera makes it look like one more installment among those that arrived at that time (Resident Evil, Resident Evil 2 and Resident Evil 3: Nemesis). .

Resident Evil 4: a classic among classics

Few games we can think of that have been released for so many platforms. Since its exclusive release for Nintendo GameCube (shortly after it also came to PS2), we have seen innumerable versions of the game: PC, mobile devices, experimental consoles such as Zeebo and even adapted to the Nintendo Wii Wiimote, a version that took advantage of a thousand wonders motion sensors.

The last time we saw Resident Evil 4 in action was in the virtual reality version. In our analysis we were clear that it is “the best way to revisit a masterpiece” and that “it is capable of making us rediscover a classic that we know by heart, which can even make us lazy to return for the umpteenth time, and catch us as if it were our first departure”. You can read the full text at the following link.

Currently, Resident Evil 4 can be found on new generation consoles thanks to the remasters released on PS4 and Xbox One. It is also available on Nintendo Switch,

NieR Automata: how to change clothes

PS5 And PS4: Special Offers On PS Store For The Game...