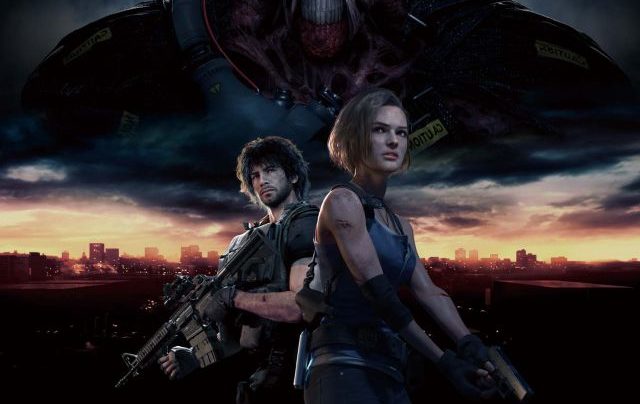 The PlayStation State of Play event has served Capcom to announce the development of a new remake that will pick up the witness of the successful Resident Evil 2 (one of the great video games of 2019).

A spectacular way to celebrate the 20th anniversary of the classic survival horror: Resident Evil 3: Nemesis. The new and reinvented Resident Evil 3 will be available for PlayStation 4, Xbox One and Steam on April 3, 2020.

The franchise totals more than 94 million units sold worldwide. Once again he will use Capcom’s proprietary engine, RE Engine, to complete the story arc of Raccoon City.

Resident Evil 3 is developed amid the nightmare outbreak of the T virus, a biological weapon developed by the pharmaceutical company Umbrella Corporation. The game marks the premiere of Nemesis, an imposing humanoid biological weapon designed to create high-performance intelligence and great brutality, whose persecution of Jill Valentine, members of S.T.A.R.S. made it an icon of the Resident Evil saga. Armed with an arsenal of high-powered armaments and dressed in a black suit that hides his mutilated features, Nemesis will mutilate, pulverize or destroy any obstacle he finds on his way to the target.

Resident Evil 3 stars Jill Valentine, one of the most iconic video game heroines, while escaping the ruined city of Raccoon City and is chased by the relentless Nemesis biological weapon.

Jill’s heartbreaking escape takes place in the hours of panic that occur before and after the events reported in the best-selling Resident Evil 2. Intense combat and puzzle solving combine to offer the final chapter of Raccoon’s collapse City. The horrific and terrifying locations of the original game and the new content come to life as never before with the RE Engine engine, previously used to create Resident Evil 7 biohazard, Resident Evil 2 and Devil May Cry 5 with high definition graphics and modernized game mechanics .

Complementing the campaign for a player full of action is Resident Evil Resistance, an asymmetric multiplayer online game 4vs1 originally revealed as a provisional title at this year’s Tokyo Game Show. As a brain or Mastermind behind the scenes, players can take on the role of key Resident Evil characters such as Annette Birkin in a series of deadly experiments., Manipulate the environment and handle a deck of cards to place ruthless creatures, set traps and security cameras armed to catch the hapless survivors.

As a novelty for the first time in the franchise, the Masterminds can directly control elite biological weapons such as G-Birkin and Tyrant. In turn, the four Survivors must work together effectively, making the most of a variety of weapons and the unique special abilities of each player, to have the opportunity to escape the experiment before time runs out.

Those who reserve the game in advance, in the chain stores attached to the promotion, will receive the exclusive Classic Clothing pack presented by Jill Valentine’s original design and Carlos Oliveira’s hairstyle.