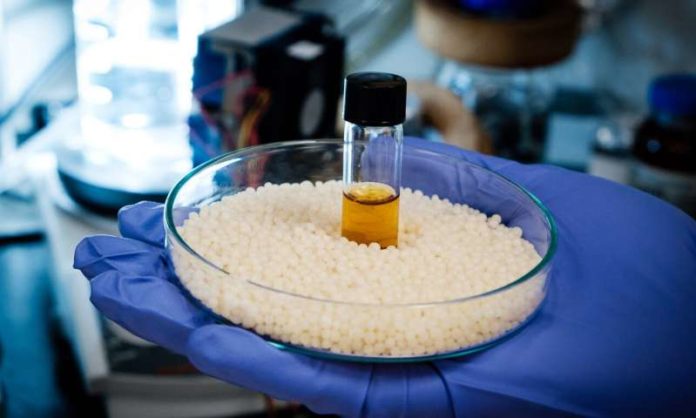 Researchers Turn Plastic into Useful Chemicals Using Sunlight. Chemists from Nanyang University of Technology in Singapore have discovered a method that can convert plastic waste into valuable chemical products using solar lights. In this way, plastic waste will be prevented from damaging the environment.

The recycling and reuse of plastic waste is a very difficult and complex process. Although there are many studies in this field, the desired results have not been achieved yet. A survey in Singapore gives hope in this area.

In their experiments, researchers at Nanyang University of Technology placed plastics in a catalyst solution and exposed them to sunlight. With the energy it collected, the chemical turned plastics into formic acids. This chemical is also used as a fuel cell to generate electricity.

According to the article published in the Advanced Science journal, Assistant Professor Soo Han Sen from NTU made the catalyst from an affordable, biodegradable metal vanadium. This material is generally used in metal and aluminum alloys used in vehicles.

This vanadium-based catalyst can dissolve plastic materials such as polyethylene, which are normally insoluble in nature, under artificial sunlight. Carbon-carbon bonds in plastic deteriorate within 6 days.

In Singapore, the vast majority of plastic waste is incinerated, causing greenhouse gases such as carbon dioxide to be emitted. This process turns plastic into formic acid, which can be used in fuel cell production.

Researcher Soo says their goal is to create a sustainable and cost-effective way to produce fuel and other chemical materials using sunlight. This new method breaks down biodegradable plastic and does not contain heavy metals.

Vanadium-based catalyst, also called photocatalyst, is a material generally supported by organic groups. Such catalysts can provide the energy required for chemical reactions from sunlight and do not require heat.

Another feature of the new photocatalyst is that it is cheaper, made from more common materials and more environmentally friendly than its counterpart. The metal used here is different from heavy and expensive metals such as palladium and platinum.

The reason for the biodegradability of plastics is carbon-carbon bonds which do not collapse without applying high heat. In the new method, carbon bonds easily collapse thanks to this solution, which also includes alcohol group materials.

The team now seeks to develop methods that will improve the process and enable the plastic to be converted into other efficient chemicals.

Meet the US hurricane hunters

Your Microsoft Phone will show your phone contacts

Jin gave an unexpected response to this fan

A mobile with a rotating camera: LG Wing

Aircrafts That Were Disposed Due To The Corona Virus Are Returned...