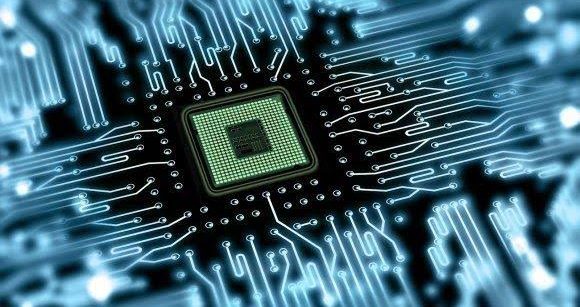 Technology is developing rapidly and we are approaching the maximum speed limit in electronic computer chips. If we want to be faster, it seems that we will need photons carrying data for this. Researchers are signing new studies on this day by day.

About 50 years ago, Intel’s co-founder, Gordon Moore, predicted that the number of transistors in computer chips would double every 18 months. This prediction, known as Moore’s Law, continued quite well for a while. When Intel released the first processor in the early 1970s, the processor had over 2,000 transistors. At the point we have reached today, there are several billion transistors in the processor on an ordinary iPhone.

Modern transistors, which function as the brain cells of a computer, take up very little space. When placed too tightly, problems such as electron congestion and overheating can occur. To carry data around a chip, replacing some electronic circuits with optical connections that use photons instead of electrons is offered as a solution, but silicon, the main material in computer chips, is not very good at emitting light.

A team of European researchers says they have finally overcome this obstacle. A research team led by physicist Erik Bakkers from Eindhoven University of Technology in the Netherlands published an article detailing how they developed light-emitting silicon alloy nanowires. This problem that physicists have been dealing with for years has been dealt with in detail by Bakkers and his team.

More functional microchips will be produced:
According to the team, the integration of photon-based circuits into conventional electronic chips provides faster data transfer and lower energy consumption without raising the temperature of the chip; this can be particularly useful for applications where data is heavily used. According to the explanation, in the future, this method will enable the production of microchips that combine both optical and electronic circuits.

Bakkers and colleagues say they will use the technique they developed to create a small laser made of silicon alloy as the next step. Bakkers states that the laboratory has begun to work on this and that a silicone laser will definitely emerge by the end of the year. When the new discovery takes place, the next challenge will be to find out how to integrate the laser into traditional electronic computer chips. Bakkers adds that they worked hard as a team to conduct the research.

Twitter Tests a Feature That Will Make Users Rethink Before Replying...

Meghan Markle and Kate Middleton are the influencers who generate the...