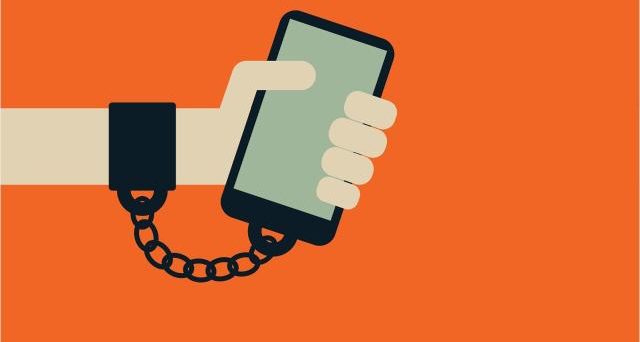 Smartphone addiction, also known as nomophobia (fear of staying without a phone), is often triggered by the problem of overuse the internet or Internet addiction disorder. The researchers performed MRI scans in a total of 48 people, 22 of whom had smartphone addiction. The images also revealed the decreased level of activity in the brain. It was then compared to smartphone addicts and non-addicts.

A team of researchers from the University of Heidelberg in Germany found that when they examine the brains of addicted people, the gray matter in the part of the brain known as insula decreases as in substance addicts and there is a loss of ability. It was discovered that the insula cortex and temporal cortex are affected by smartphone addiction. The study also showed that addicts suffered from reduced rest state activity in the anterior cingulate cortex.

Since children spend a lot of time on smartphones today, smartphone addiction has become an increasing concern among scientists and medical professionals. Addiction factors cause mental health problems such as anxiety, stress, bad sleep and depressed moods when the phone is not used.

Dr. from the Institute of Psychiatry, Psychology and Neuroscience (IoPPN). Nicola Kalk said, “Smartphones are now part of our lives and we need to understand the prevalence of problematic smartphone use. We do not know whether it is an addictive smartphone or the applications that people use.” He drew attention to the problem.

GOT7 prepares new summer surprises for the GOTOON …

How Coronavirus ‘Kills’ the Brain Revealed

Huawei gets useful features with EMUI 10.1

How to watch Europa League online and on mobile

Google Works on Many Stadia Features Including 4K / HDR Support...

Bluetooth at all: Intel wants PCs and peripherals completely wireless