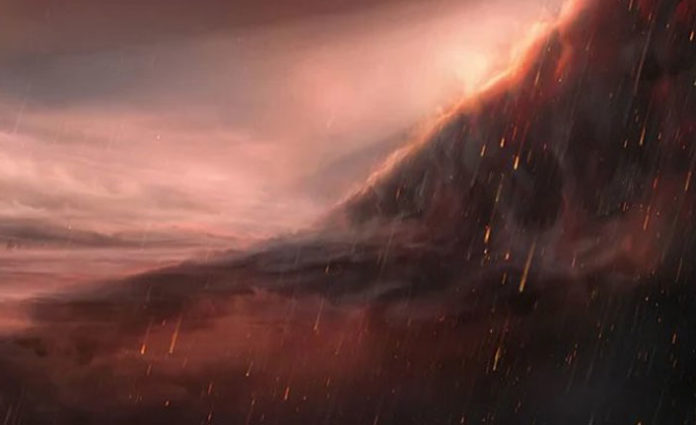 Astronomers from the European Southern Observatory (ESO), using the Very Large Telescope (VLT), discovered a planet that was raining iron as rain. The iron evaporating on the daytime side of the planet, where temperatures above 2400 ° C are observed, raining on the night side of the planet as rain.

Astronomers from the European Southern Observatory have observed an interesting planet. According to the article published in the journal Nature, there are iron rains on the planet, which is called WASP-76b by scientists from ESO, 640 light years from Earth.

“Observations show that iron vapor is abundant in the atmosphere on the warm day side of the WASP-76,” said astrophysicist Osoria at the Madrid Astrobiology Center and head of the science team at ESPRESSO. Some of the iron vapor passes to the night side due to the planet’s rotation and atmospheric winds. “Here, the iron is getting cold, it comes in contact with colder environments and it rains in rain.”

World Health Organization Announces that Cats Can Also Be Infected From...